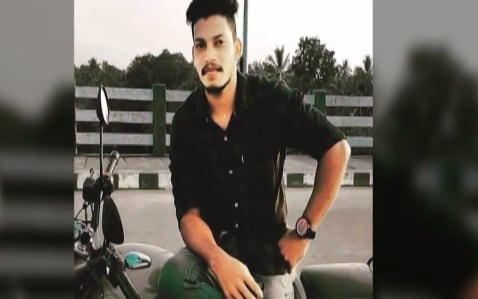 Alappuzha: A BJP worker was stabbed to death here at Kumarapuram on Wednesday midnight. The deceased has been identified as Vairankode native Sarath Chandran. A clash which broke out amidst the temple festival led to the murder, it is learnt. BJP accused the drug mafia for the attack.

Police have identified a seven-member team allegedly led by Nandu Prakas which committed the crime. They will be nabbed soon, police said.

There have been complaints against the 'drug mafia' in the district. In Mavelikkara, a DYFI worker was stabbed and another leader's vehicle and the house was set ablaze by the mafia.

Ind vs WI: Was nervous at start, winning ...

Helmet mandatory for children below 4 yrs ...