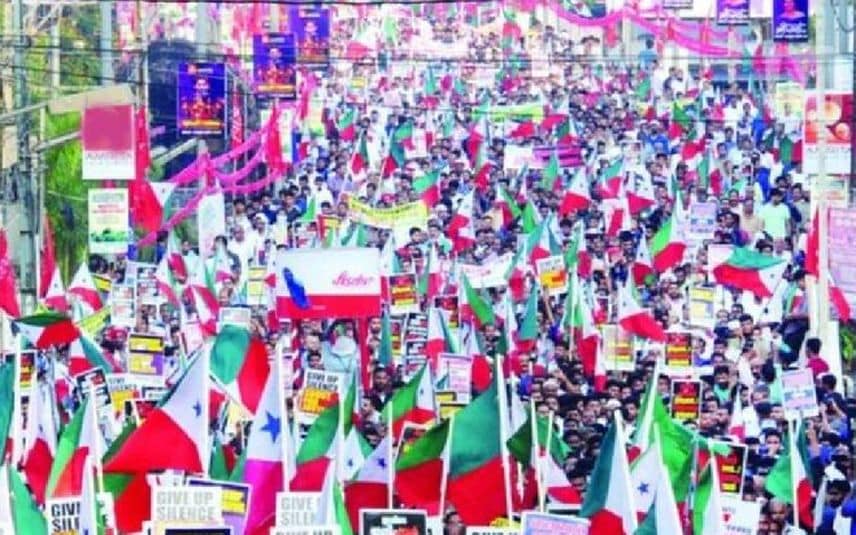 Alappuzha: Eighteen more people were arrested on Friday in connection with the case relating to alleged provocative slogans raised by a minor boy during a march organised by the Popular Front of India (PFI) in coastal Alappuzha, a purported video of which has gone viral.

A senior police official of the district told PTI that with the arrest of 18 more people, who are organisers and various officers bearers of the PFI, the total under arrest has gone up to 20.

"We have recorded the arrest of 18 more people. Some are organisers, others office-bearers. As of now, we have 20 people under arrest," the police official told PTI.

Erattuepetta resident Anas, who carried the minor boy on his shoulders, was the first person to be arrested in the case.

In the FIR filed based on a complaint by Vijayakumar P K, police invoked various sections of the Indian Penal Code and the Kerala Police Act and arraigned PFI Alappuzha district secretary Mujeeb and Navas as accused along with other identifiable people.

A short video of a boy sitting on the shoulder of a person during the "Save the Republic" rally held by the PFI in Alappuzha on May 21 and raising allegedly provocative slogans has gone viral on social media.