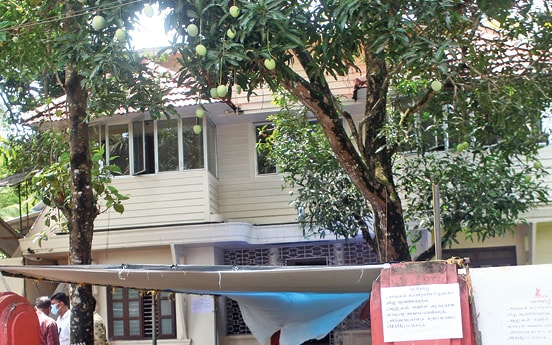 Alappuzha: The house of late political leader Gouri Amma at Chathanad will be converted into a memorial and research centre. The decision in this regard was taken at a meeting held at Alappuzha Collectorate on Saturday.

Before her demise, Gouri Amma had prepared a will to transfer the Kalathilparambil house to her niece Dr Beena Kumari. However, Beena Kumari informed the authorities that she is willing to hand over the house for constructing the memorial. It has also been decided to expedite the procedures and the officials have been asked to prepare the master plan soon.

The government plans to build the memorial by maintaining the originality of the house at an expense of Rs 2 crores. The property includes 19 cents of land and the house. The memorial will function giving prominence to the academic and research activities of women.

Gouri Amma lived here for a long time with her husband TV Thomas. The house had witnessed several major events in the course of the united Kerala movement, Communist party and also Congress politics. Several meetings of the senior communist leaders including MN Govindan Nair had occurred here.

Senior BSP leader Kanshi Ram had also visited the house for a discussion. The formation of JSS and Gouri Amma’s return to LDF transpired through the discussions that happened here at Chathanad. The awards received by Gouri Amma and her Krishna idols adorn every nook and corner of the house.