The last rites were performed by his elder son Akkitham Vasudevan Namboodiri. 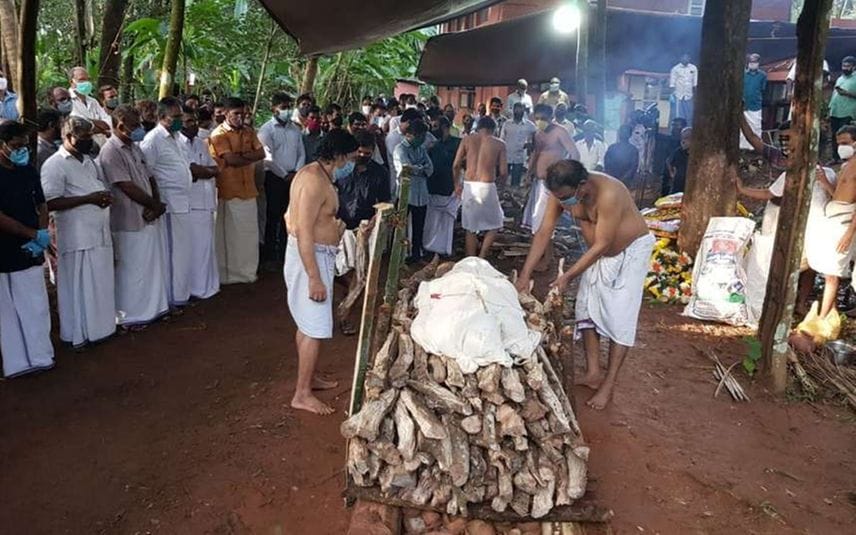 He was laid to rest at his residence ‘Devayanam’ in Kumaranellur here next to where his wife’s body was cremated. The last rites were performed by his elder son Akkitham Vasudevan Namboodiri.

Noted personalities from political and cultural fields paid tributes to the great poet during the public homage at Kerala Sahitya Akademi and his residence.

Minister C Raveendranath and MLA VT Balram paid homage to Akkitham at his residence. The funeral ceremonies commenced at 4.30 pm.

Akkitham, who was unwell due to age-related illnesses, breathed his last around 8.10 am on Thursday. He was under treatment at a private hospital in Thrissur.