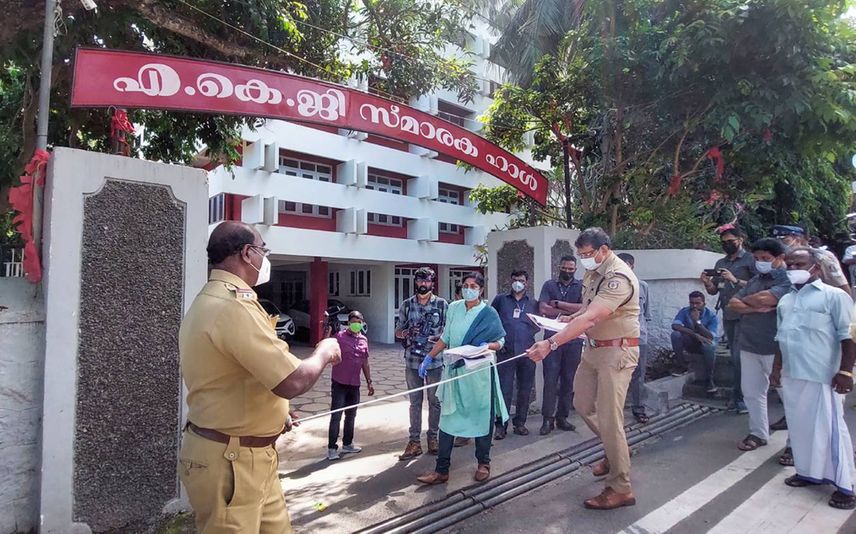 Thiruvananthapuram: Police informed that no evidence has been left to be examined in the AKG centre bomb attack case. Hence, the department has decided to wind up the investigation in the case.

Though the probe has been proceeding focusing on the CCTV visuals and the scooter in which the accused travelled, the investigation team could not achieve any significant development to nab the assailant. Police had sought the help of C-DAC and a forensic laboratory to examine the visuals, but all ended up with nil result. As the pixel of the visuals was considerably low, details about the accused could not be gathered.

From the visuals, the police confirmed that the accused was travelling on a Honda Dio scooter. Later, the vehicle experts informed that the scooter was the standard model of Dio and the headlight was a modified one. However, police could not proceed with the probe with the details of the scooter too.

At last, the investigation team attempted to procure evidence by questioning a few suspected persons. But this also turned out in vain. Hence, the police decided to wind up the probe.

The bomb attack at AKG centre on June 30 at around 11.30 pm had sparked a huge constroversy in the state.

MP: Over 150 injured, 3 critical, in Gotmar festival famous for stone-pelting