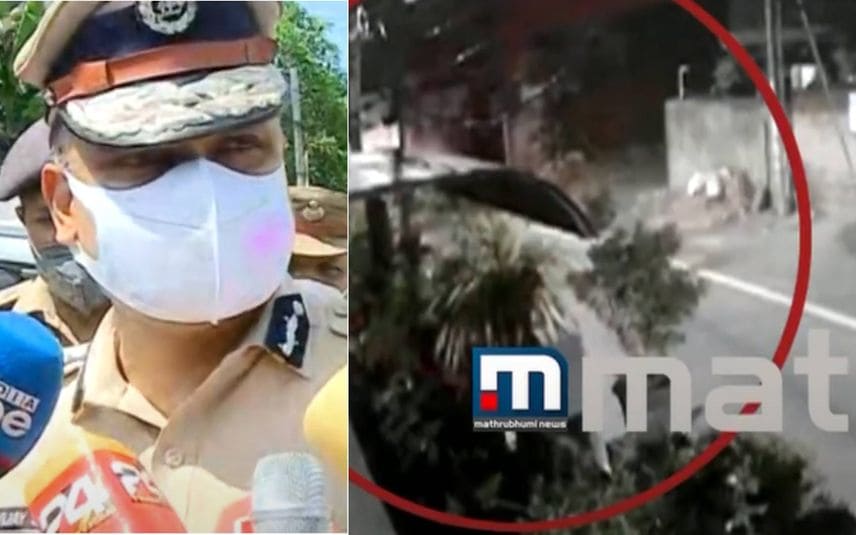 Thiruvananthapuram: Additional Director General of Police Vijay Sakhare informed that more details were obtained about the person who hurled explosive substance at the AKG centre on Thursday night. He said that the police officers were deployed in various groups to nab the accused and hence, he will be caught soon. The CCTV visuals refer that there is only one accused in the case. However, police will investigate the involvement of more persons, added ADGP.

Meanwhile, more CCTV visuals which confirmed the route via he left the spot surfaced. From the camera installed in the nearby house, police found the assailant riding on the scooter through a road near the law college. Other visuals revealed that the accused reached Kunnukuzhy junction after attacking the AKG Centre and headed to the region near the law college.

The investigation and evidence collection have been proceeding under high level officials, including city police commissioner Sparjan Kumar and ADGP. A case has been registered against the unidentified person under IPC section 436 and the Explosive Substances Act 3 (A) for throwing bomb at AKG centre in Thiruvananthapuram.

Tension gripped Kerala as an unidentified person allegedly hurled an explosive substance at the state headquarters of the ruling CPI(M) late Thursday night. Police said the explosive substance was hurled at the AKG Centre here, by a motorbike-borne man at around 11.30 pm. CPI(M) leaders, who reached the spot alleged that it was a "bomb attack". Some party leaders, who were staying at the party office, said they heard a powerful blast outside the building. Senior CPI(M) leader and LDF convener E P Jayarajan, who lives in the neighbourhood, alleged that the Congress was behind the provocative action and appealed to the CPI(M) workers to remain calm.