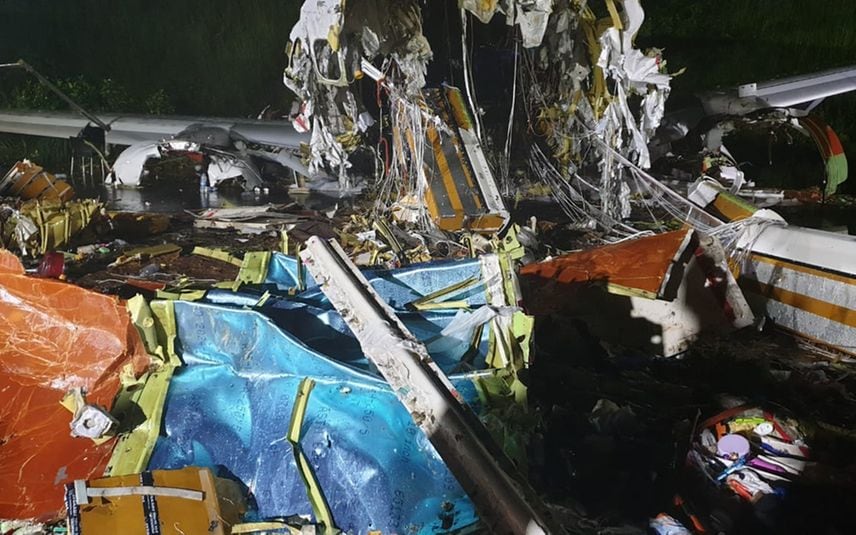 New Delhi: Air India Express said on Saturday that three relief flights had been arranged to Kozhikode in Kerala to assist passengers and their family members affected by the plane crash a day ago.

The Air India Express flight from Dubai with 190 on board overshot the tabletop runway at Kozhikode airport on Friday night while landing in heavy rains and fell into a valley 35 feet below and broke into two, killing at least 18 people.

Two special relief flights have been arranged from Delhi and one from Mumbai for rendering humanitarian assistance to all the passengers and the family members, the airline, a wholly-owned subsidiary of Air India, said.

"The Emergency Response Director is coordinating with all the agencies in Calicut (Kozhikode), Mumbai as well as Delhi, Dubai for effective emergency response," it said in a statement.

The airline said its chief of operations and the chief of flight safety had already reached Kozhikode.

Seventeen people, including two pilots, have died in the incident, it said. "The four cabin crew members are confirmed safe."

The pilot-in-command Captain Deepak Sathe and his co-pilot Akhilesh Kumar were among those who died, police and airline officials had said. Sathe was a former wing commander of the Indian Air Force and had served at the force's flight testing establishment.

Scheduled international passenger flights continue to remain suspended in India since March 23 due to the novel coronavirus pandemic.

However, special repatriation flights have been operated by Air India and Air India Express since May 6 under the Vande Bharat Mission to help stranded people reach their destinations.

Private carriers have also operated a certain number of flights under this mission. PTI