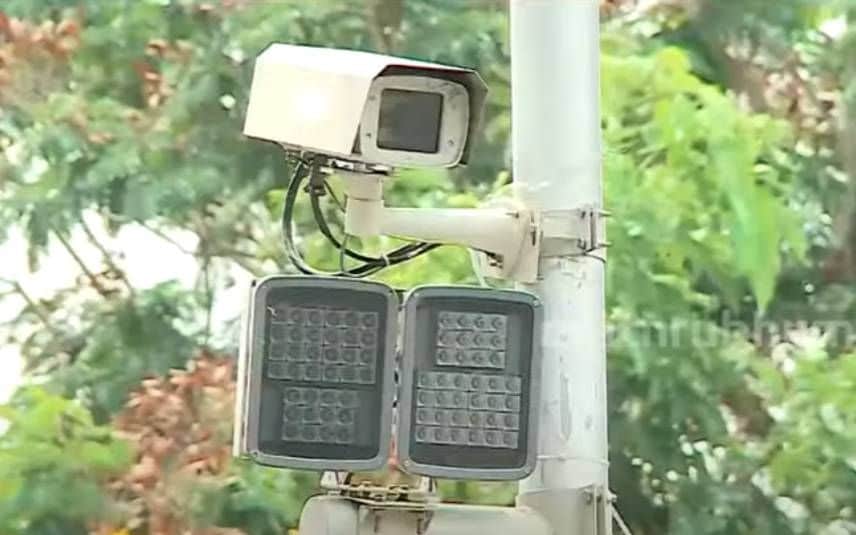 Thiruvananthapuram: Artificial Intelligence-powered cameras, installed to catch traffic violations, lie dormant eight months after their installation in the state. As many as 726 cameras installed for Rs 236 crore are yet to be officially inaugurated due to an ongoing dispute between Kerala State Electronics Development Corporation (KELTRON) and the finance department.

The cameras were installed with the help of KELTRON. However, their demand for Rs 5 crore to be paid as a consultation fee was rejected by the finance department. Kerala Motor Vehicle Department (MVD) is unhappy about the government delaying the payment to KELTRON.

In a month, MVD collects around Rs 22 crore as fines from various traffic violations, which amounts to around Rs 261 crore in a year. With the installation of AI-powered cameras, MVD expected an increase in identifying traffic offences across the state. However, the delay in their inauguration has affected MVD's plans.

KELTRON to install 800 new cameras on roads to trap speeders

Illagal use of 'Govt of Kerala’ board: MVD to take strict action

Pay separate tax, or no entry: MVD Kerala challenges registration of private buses in other states