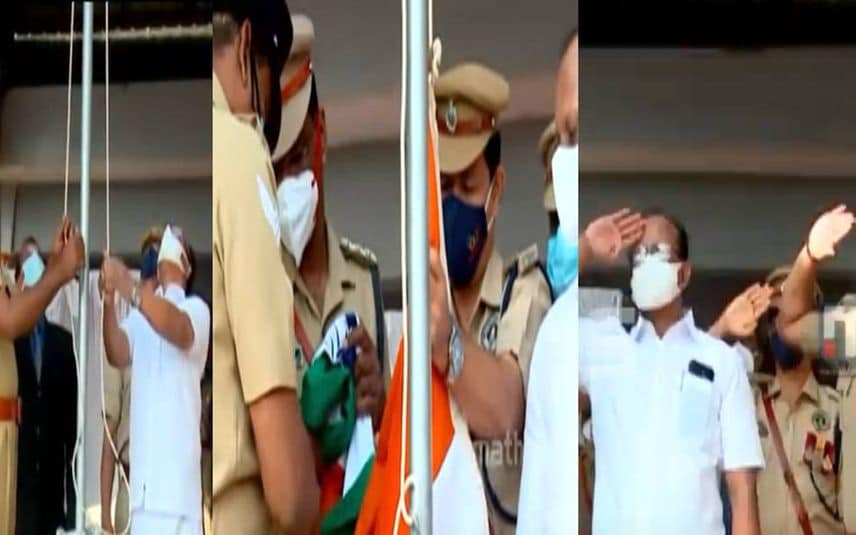 Kasaragod: Lapses were found on the part of two policemen in relation to the incident in which the national flag was hoisted upside down by Minister Ahamed Devarkovil during the Republic Day celebrations in Kasaragod. The district police chief handed over a detailed enquiry report to the IG.

The enquiry report reveals serious lapses on the part of Grade SI Narayanan of the AR camp and Bijumon, a civil police officer. Further, the report of the ADM and the district police chief also contained similar findings.

Minister Ahamed Devarkovil Wednesday hoisted the national flag upside down during the Republic Day celebrations at the district headquarters. The minister and other top officials went on to salute the flag not realising it was hoisted incorrectly.

Later, when the media personnel pointed out the mistake, the authorities lowered the flag and raised it in the correct manner.