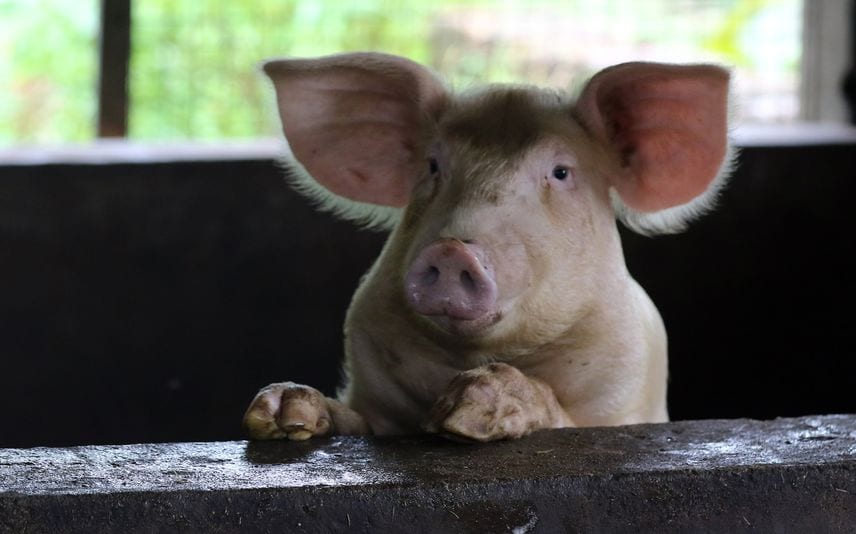 Kannur: Culling and burying of pigs at a local farm in Kanichar panchayat in this district is progressing in the wake of recent detection of African Swine fever.

As many as 95 pigs were culled at the farm, which was considered to be the epicenter of the disease, on Tuesday and buried, maintaining all the mandatory procedures as a precautionary measure to prevent the spread of the disease, official sources here said. Pigs of another farm, located within one kilometer radius of the first, would be culled today under the aegis of a Rapid Response Team, comprising the officials of the district Animal Husbandry Department. The District Collector had ordered culling and burying of 273 pigs in the two farms.

Veterinarians Gireesh, Prashanth, Amitha and Rincy gave lead to Tuesday's culling procedures. Pig farms within a 10 km radius are also under surveillance, an official statement added. Barely a week after over 300 pigs were culled in Wayanad district to prevent the spread of African swine fever detected there, new cases of the disease have been reported from there as well as from Kannur.

Kerala had in July tightened biosecurity measures following an alert from the Centre that African swine fever had been reported in Bihar and a few northeastern states.

It was first detected in Kenya, East Africa, in 1921 as a disease that killed settlers' pigs. Contact with warthogs was proven to be an important factor in transmission of the virus.