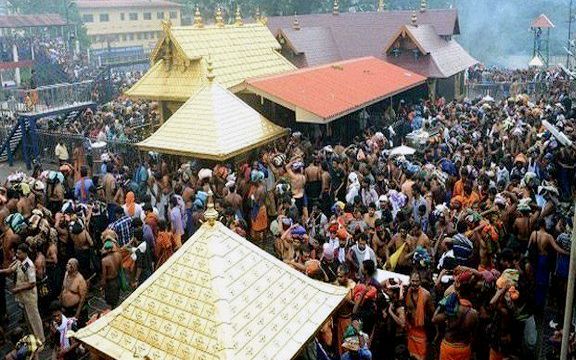 Pathanamthitta: Aerial surveillance, deployment of policemen, Intelligence officials and commandos, and CCTV cameras are part of the arrangements of the Kerala police to ensure what they called a smooth, safe and secure pilgrimage to Sabarimala, the abode of Lord Ayyappa.

Subsequently, Kant told reporters to give details of the arrangements to handle hordes of devotees expected this year after lifting of the COVID-19 restrictions which were in place during the last two years.

He said the security arrangements would be implemented in six phases.

Nearly 14,000 policemen, drones for crowd and traffic management, and 134 CCTV cameras would be in place, he said.

He further said the arrangements have been made to deploy the National Disaster Response Force and the Rapid Action Force and the help of the navy and air force has been sought for aerial surveillance.

Besides, three temporary police stations have been set up and bike- patrolling would be carried.

The neighbouring States of Tamil Nadu, Karnataka, and Telangana, from where also devotees come for pilgrimage, have been requested to deploy some of their personnel to deal with issues facing pilgrims from those States as well as be on the lookout for anti-social elements from there, Kant said.

On crowd management during the darshan of the Lord, ADGP Law and Order M R Ajith Kumar told reporters that since pilgrims arriving there would be registered in the virtual queue system, the police force would have an account of the numbers so as to make arrangements accordingly.

"The registration on virtual queue will also rule out to some extent the presence of anti-social or criminal elements," he added.

No private vehicles would be permitted beyond Nilakkal, where parking facilities have been arranged, and only Kerala State Road Transport Corporation (KSRTC) buses and vehicles with a seating capacity of 15 or more would be allowed to go to Pampa to take pilgrims there and return, Kant said.

"Police is there to provide help to ensure a smooth and secure pilgrimage for all devotees," he said.