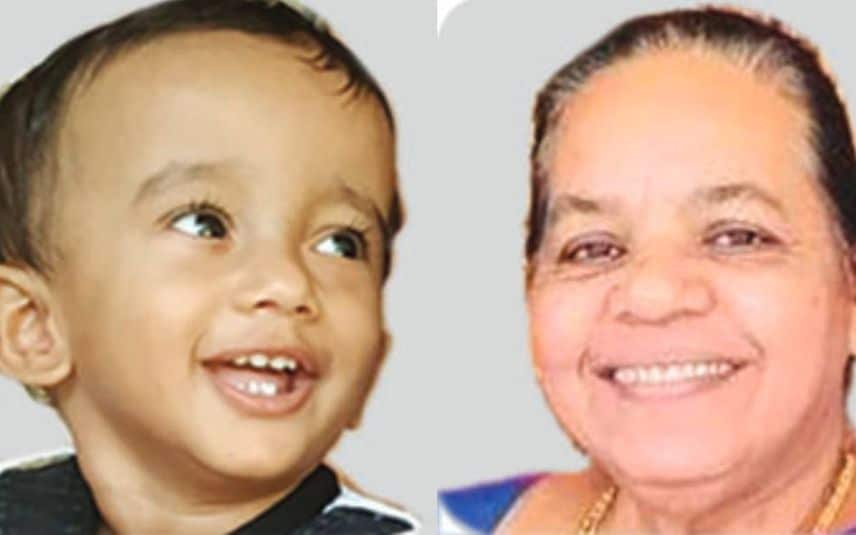 Kottayam: A one-and-a-half-year-old boy and his grandmother succumbed to injuries after they met with an accident in Kavanattinkara on Wednesday.

The deceased has been identified as Ivan Lijo, son of Lijo and Manju hailing from Manimala and Molly Sebastian (70), Lijo's mother-in-law. Ivan died on Wednesday morning and later Molly succumbed to injuries late in the evening. Lijo and his wife Manju adopted Ivan from Thrissur last January.

The accident happened around 4.30 pm on Tuesday. The car in which they were traveling lost control and crashed into a tree. Later, they were shifted to Kottayam Medical College for treatment.

The family was returning from Arthunkal Church in Manimala. The funeral will be held at St. Mary's Church Cemetery on Thursday at 2 pm.