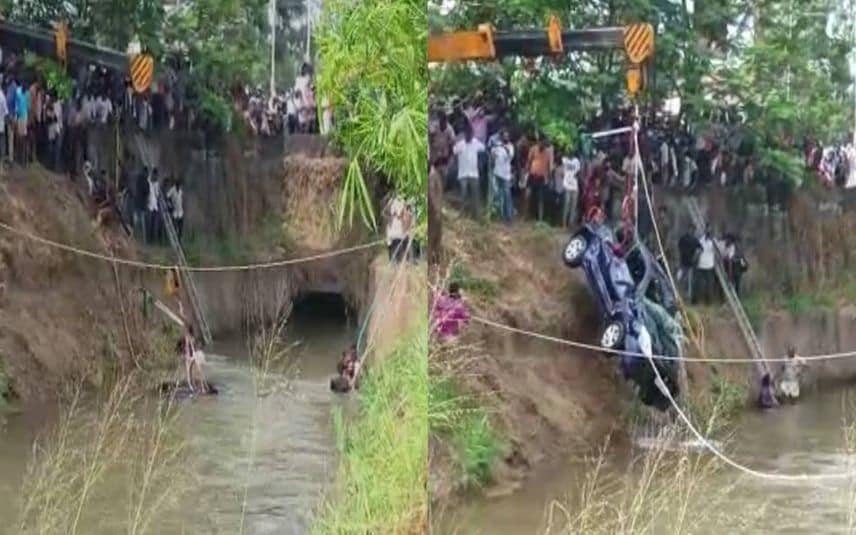 Pathanamthitta: A car carrying seven passengers overturned into a canal near Adoor bypass, killing two women of a family from Kollam’s Ayoor. The deceased have been identified as Sreeja (45), Shakunthala (51) and Indira (57).

The accident happened near Karuvatta church here around 01:15 PM.

According to onlookers, the car, which lost control, was plunging into the canal. Due to strong water currents in the canal, the car was carried away and got stuck beneath.

The onlookers and fire and safety personnel were able to rescue four, while the last three succumbed. The family members were on their way from Ambalamukku to Haripad regarding a wedding event.

Those rescued were rushed to Taluk Hospital. It is learnt that they have passed the critical stage. According to reports, doctors at the hospital claimed that the driver was under the influence of alcohol.