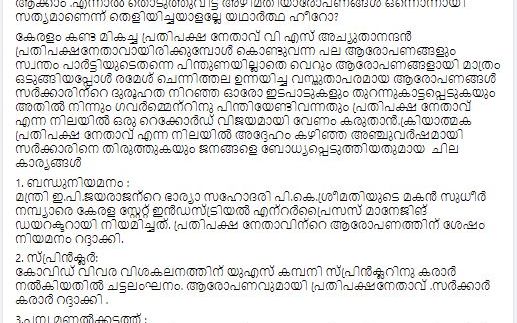 The government had to withdraw from the mysterious deals after Ramesh Chennithala pointed out the issues involved in them. This is a record-breaking victory for him as an opposition leader.

In the detailed note posted on Facebook, Joy Mathew explained the scams which were cancelled by the government after the opposition leader raised allegations. 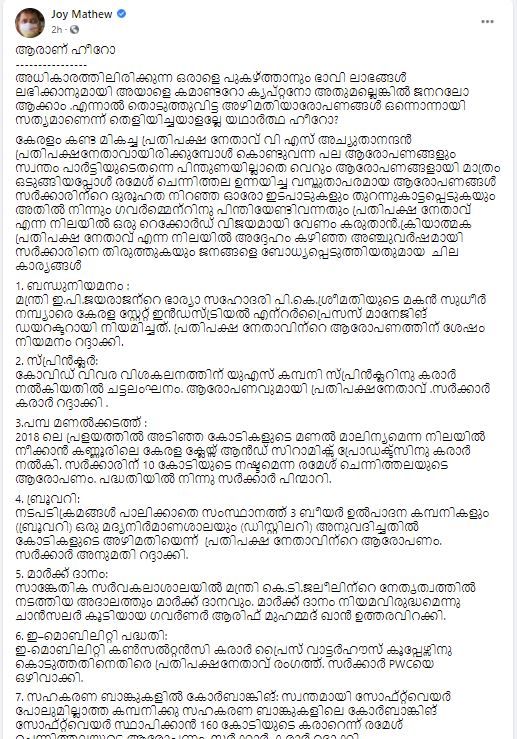