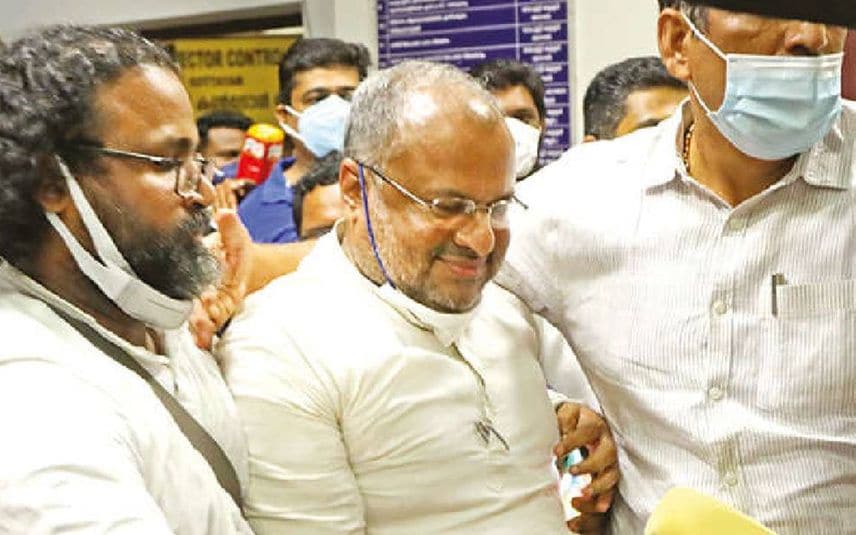 Kottayam: A court acquitted Roman Catholic Bishop Franco Mulakkal of the charges of raping a nun in a convent in the state, citing various reasons including the victim's inconsistent version of incidents and lack of corroborative evidence to prove the prosecution case.

A group of nuns of Kuravilangad Convent here, who were standing with the victim, were on the verge of tears when they said they were yet to believe such a verdict came out from the court and they did not know what had happened.

The survivor and her supporters stay in the Kuravilangad convent in Kottayam.

Sister Anupama, who was the face of the nun's years-long fight for justice, said they would surely challenge the verdict in the higher court and take forward the fight of their hapless colleague.

Criminal lawyer B Raman Pillai, who led the Bishop's legal team, said they have got the right to file the appeal against the verdict. "Even if they go for appeal, there is no tension as prosecution charges against the Bishop are false", Pillai told PTI.

Explaining the factors that contributed to the verdict in his party's favour, the lawyer said the prosecution case was very weak, investigation was very poor and statements of most of the witnesses came in favour of the accused because they were telling the truth.

Investigators, lawyers and social activists who stood with the nun in her fight against Mulakkal expressed shock over the verdict, saying it was totally unexpected.

Terming the verdict as "very, very unfortunate" and "unnatural', senior IPS officer S Harishankar, who had led the special investigation team in the rape case, said 100 per cent conviction was expected in the case and the verdict would be an "astonishment" for the entire legal system of the country.

"An appeal will be filed in the higher court challenging this verdict. The state police chief already gave instructions in this regard," he told reporters.

Mulakkal is the first Indian Bishop arrested in connection with a rape case.
PTI