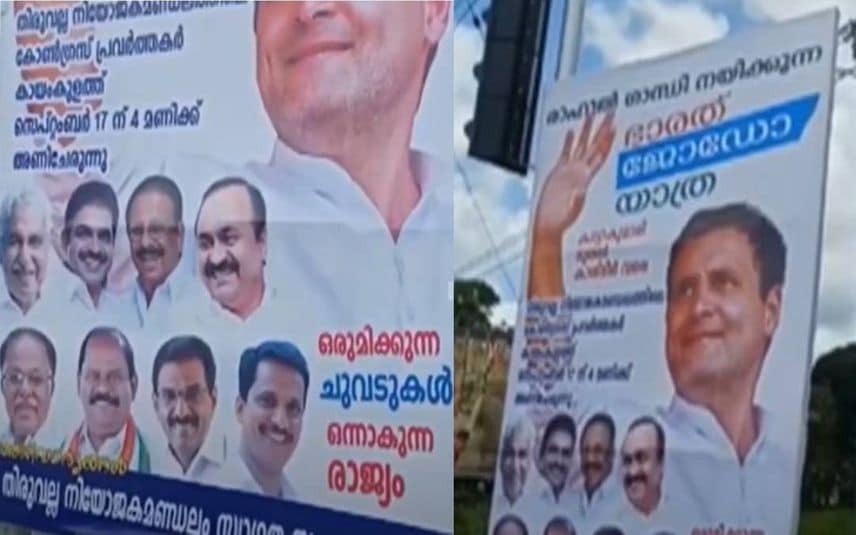 Pathanamthitta: A verbal spat ensued between the organisers of 'Bharat Jodo Yatra' and a Congress worker for not including photos of Congress (I) leaders in a flex installed in Thiruvalla. The people who telephoned the organisers were upset with the omission of leaders, including Ramesh Chennithala, in a flex board installed in Thiruvalla as part of the Bharat Jodo Yatra.

The audio of the telephonic conversation between organiser Adv Reji John and Ajith, a person claiming to be a congress worker from Chennai, went viral on social media on Wednesday. He called the organiser and wanted to donate to the Yatra. However, the talk turned ugly after they verbally abused each other over group politics and other issues.

However, Congress leaders alleged that political opponents are trying to disrupt the spirit of Bharat Jodo Yatra by using such cheap tricks.