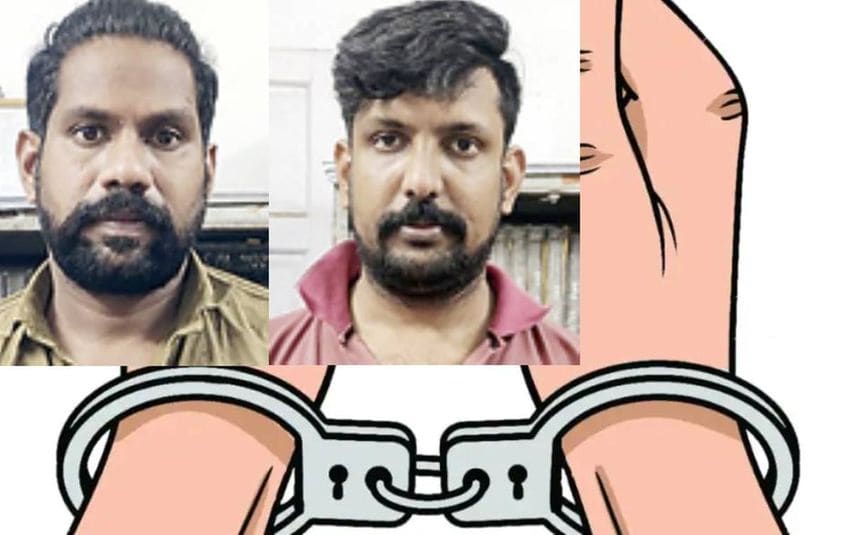 Pallikkal (Thiruvananthapuram): Two women who eloped with their boyfriends by abandoning their families were nabbed by the Pallikkal police.

KK Konam native Jeema (29) and Nasiya (28) from Vellavoor were arrested along with their friends Shan Shane (38) and Riyas (34) from Varkala and Karunagapally respectively. The women who are relatives, left with their friends on December 26 at around 9.30 pm.

Husbands of both the women are in gulf countries. Jeema had three children while Nasiya has a 5-year-old son.

Several cases are already existing against Shane in Ezhukone, Enath police stations and it has been reported that he had absconded with five women earlier in a similar way. Riyas is also accused in many cases at Karunagapally, Chavara, Sasthamkotta, Sooranad and Pothencode police stations. He was involved in the case of the attack of a man and daughter at Pothencode by protecting the key suspects.

The women had borrowed Rs 50,000 from their neighbours. With this amount, they roamed in Bengaluru, Mysuru, Ooty, Coimbatore, Thenmala and Courtallam. Police found them from a resort at Thenmala.

Police informed that Shane and Riyas have demanded Rs 2 lakhs from the relatives. It has been alleged that the duo trap and sexually abuse women to threaten relatives for money.