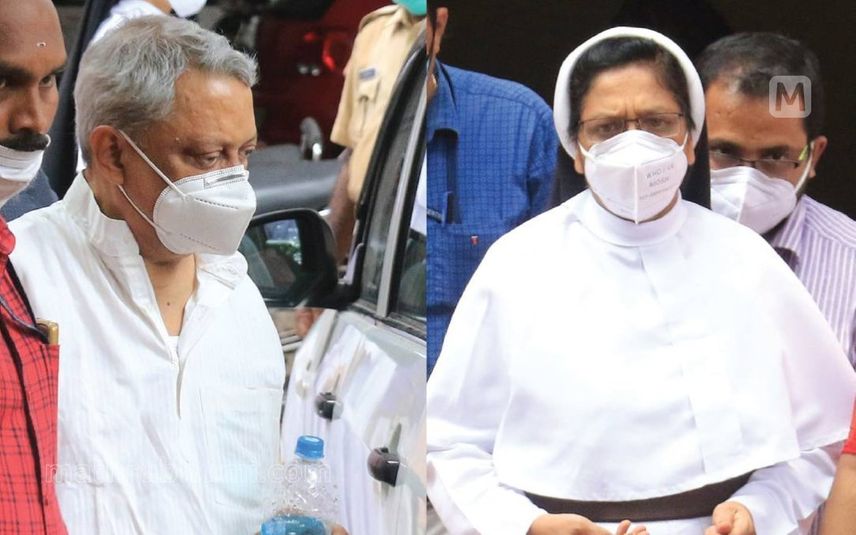 Thiruvananthapuram: The court found that Father Thomas Kottoor and Sister Sephy, convicted in the sensational Sister Abhaya murder case, believed they could get away with the murder.

They had no intention to kill Abhaya. But she found Kottoor and Sephy in a compromising position and had to stop her from disclosing it.

Court also found that the accused destroyed evidences of the murder.

The statements of the witnesses that Sr Sephy was alone in the room adjacent to the kitchen at the St Pius convent in Kottayam on the day of the murder, were considered by the court. In the court verdict, it is said that Sr Sephy gave no direct answers to the questions posted in court and that doesn’t make her any less of an accused.

The evidences proved that the injuries on Abhaya’s body were inflicted before falling into the well. Though the axe used to hack Abhaya was not found, the scientific evidences proved in this regard.

Father Kottoor’s presence at St Pius convent on the day of murder was also confirmed based on the statement of Adakka Raju, a thief. The confession made by Kottoor to public representative Kalarkode Venugopal was also considered by court. Kottoor had admitted that Sephy and himself were like a married couple.

Abhaya, an inmate of the St Pius convent in Kottayam, was found dead in a well there on March 27, 1992. According to the prosecution, the accused hacked her with an axe and threw her into the well after she saw Kottoor and Sephy in a compromising position on the night of March 27.

The court on Wednesday sentenced to life imprisonment by a special CBI court here for the murder of Sister Abhaya 28 years ago in Kottayam in Kerala, saying their "nocturnal misadventure paved way to the "cold blooded" killing.

Kottoor pleaded before the court that he was a senior citizen aged 71, suffering from various diseases, including stage IV prostate cancer, and sought maximum mercy.

Sister Sephy impetrated the mercy of the Court on account of her age and her illnesses, including deep vein thrombosis of right lower limb, and said she has parents who are nonagenarians.