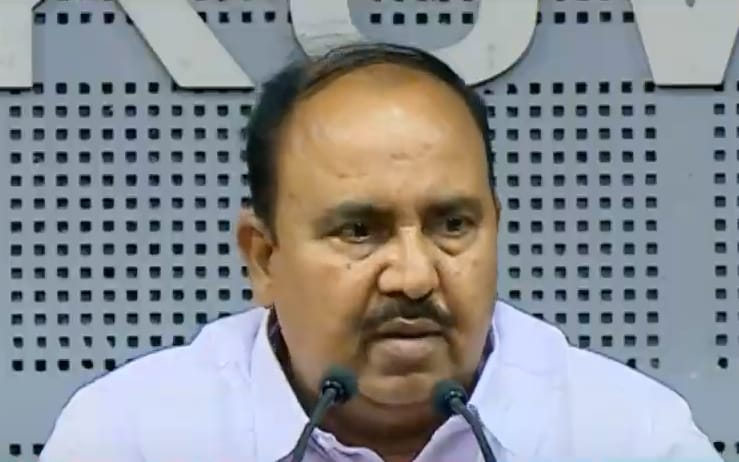 Thiruvananthapuram: The Indian National Trade Union Congress (INTUC) on Monday criticised Kerala Leader of Opposition V D Satheesan's claim that the trade union outfit was not a feeder organisation of the Congress party, saying both are intertwined.

Commenting on the matter, INTUC president R Chandrasekharan said that Satheesan’s remarks abashed the organization (INTUC) in the public. “This has evoked the concerns of the loyalists in the organization”, he said.

Chandrasekharan while replying to a query about whether INTUC is a feeder organization to Congress, said that it can be relooked if needed. “If matters such as our framework, who formed it, how it was formed have to be reviewed then it can be done”, he said.

He briefly framed the connection of INTUC with Congress. “INTUC is a trade union that is formed by leaders including Jawaharlal Nehru,” he pointed out. He also said that leaders including Rahul Gandhi, AK Antony, K Sudhakaran and VD Satheesan will take part in the platinum jubilee celebrations of INTUC on May 3.

Meanwhile, the meeting between KPCC chief K Sudhakaran and Chandrasekharan to resolve the dispute turned unfruitful.

CBI cases against MPs, MLAs in last 5 years: AP, UP, Kerala among others top list