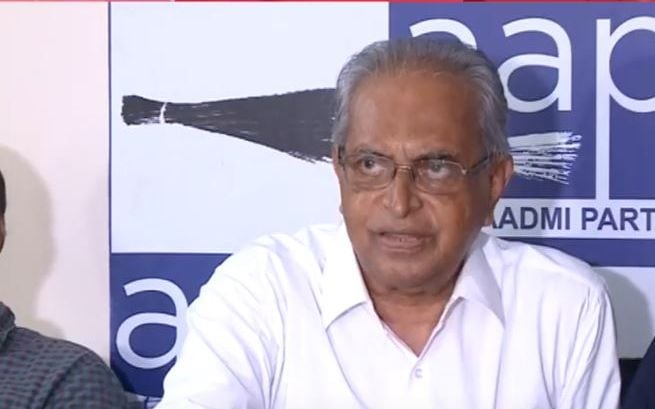 Kochi: Aam Aadmi Party will not contest in the upcoming Thrikkakara byelection, informed AAP Kerala unit convener PC Cyriac. He was addressing a press meet here on Sunday.
“The party will not going to influence the government after winning a single seat by contesting the bypoll,” he added.

“AAP has a clear policy on contesting bypolls. As per this, the party won’t contest in the bypolls in any state where the party is not in power. Because we know that we will not be going to play a crucial role in influencing the government. Meanwhile, we will be able to keep our promise to the public if we win the general elections after contesting in all seats,” he pointed out.
He announced that AAP will contest in the upcoming general elections including Lok Sabha polls and local body elections in Kerala.
“ Some survey results have proven that people have an affinity towards AAP. The party should be strengthened more to win the elections. We will continue our efforts for the same,” he added.