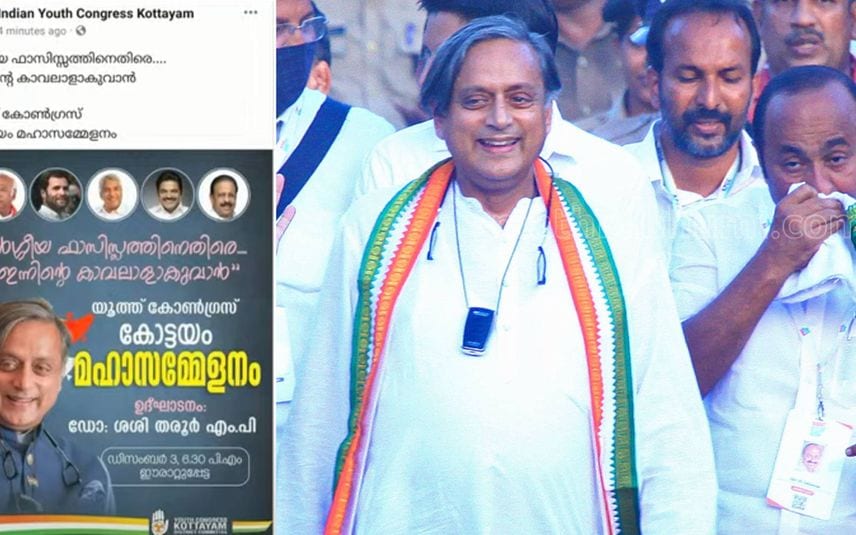 Kottayam: Amidst the brewing dissensions in the state committee of Congress, the A Group in Kottayam has planned a programme with Shashi Tharoor MP as its chief guest. Tharoor will attend the conference of the Youth Congress Kottayam district committee organised on December 3 in Erattupetta.

Earlier, the poster of the event not featured Opposition leader VD Satheesan’s picture. However, his picture was later inserted after the poster sparked controversy.

The skirmishes in Congress had erupted with the Malabar tour of Shashi Tharoor. Later, the disputes intensified when the Congress leadership intervened and called off the seminar organised by Youth Congress by inviting Tharoor as the chief guest.

The first poster of the event organised by the Kottayam district committee of Youth Congress only had the pictures of AICC president Mallikarjun Kharge, Rahul Gandhi, Oommen Chandy, KC Venugopal, K Sudhakaran, and Shashi Tharoor. Although, a picture of VD Satheesan was added after the poster sparked debates on social media.