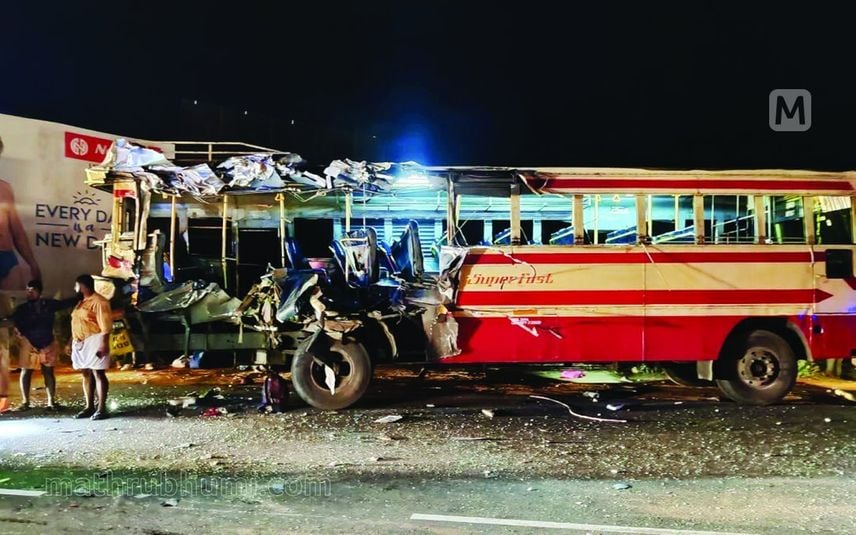 Palakkad: Nine people lost their lives, and several others were injured after a tourist bus carrying school students rear-ended a KSRTC bus and then fell into a swamp in Mangalam near Vadakkencherry here on Wednesday night.

Around 50 injured people were rushed to various hospitals for treatment. The condition of several remains critical.

Not against Shashi Tharoor: Kerala leaders ...

The accident happened around 11:30 on Wednesday night on National Highway 544. The tourist bus was carrying students of Baselios Vidyanikethan Senior Secondary School in Ernakulam and was headed to Ooty. The KSRTC superfast bus was servicing from Kottarakkara to Coimbatore.

When the tourist bus was moved from the swamp using a crane, three people, including a teacher and two students, were found under the bus.

The KSRTC bus driver told Mathrubhumi News that the tourist bus was overspeeding and crashed while trying to overtake the KSRTC bus. Locals and police rushed to the scene and carried out the rescue operations. It was raining heavily. The injured were rushed to Palakkad district hospital, Alathur Taluk Hospital, and a private hospital in Thrissur.