Muji Thomas and his wife Baisy decided to sell the land when they were faced with a financial crisis and found themselves unable to pay for their son’s education. 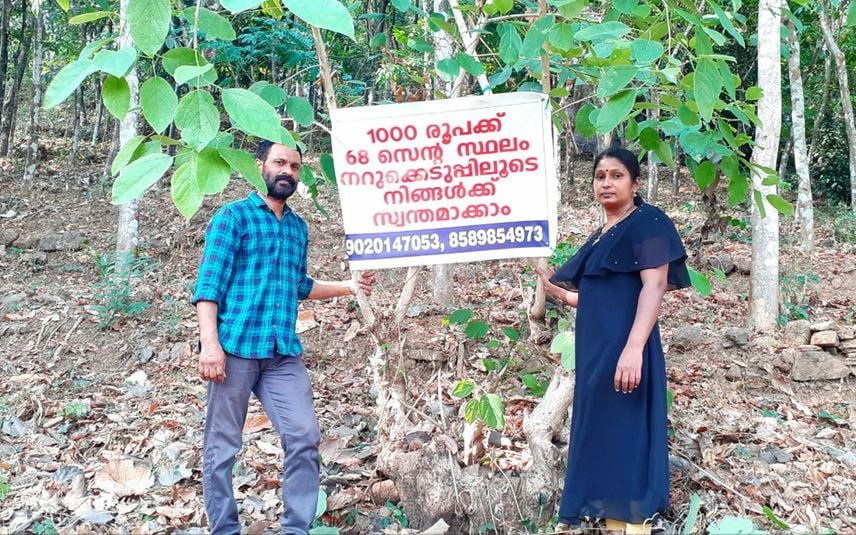 Thrissur: If luck is on your side, you will get 68 cents of rubber plantation for just Rs 1000. Does it sound too good to be true? Surprisingly, it is true. Thrissur Puthukkad native Muji Thomas and his wife Baisy are planning to give away their 68 cent rubber plantation through a lucky draw.

The couple decided to sell the land when they were faced with a financial crisis and found themselves unable to pay for their son’s education. But nobody came forward to buy the land at the value set by them. As the date for their son’s departure to Canada for future studies approached, they became worried. Baisy said that this idea crossed her mind out of the blue and she discussed it with her husband. They talked to an advocate to understand the legal undertakings required and decided to go forth with the plan.

Most of them buying coupons for the plot are from abroad. As the word spread around, more and more people started purchasing the coupons. Muji said that he is not doing it as a business and that he could have sold more coupons if he could. ‘I am doing this as a means for survival. Everyone is struggling due to the repercussions caused by the pandemic. Even the real estate business is in shambles. Many are unable to sell plots. This idea will highly benefit those people. Those without land may get land through this plan. We did not expect this plan would be much-discussed. We are getting many calls and enquiries regarding this after it went viral,’ said Baisy.

The lucky draw will be held at around 5 pm on August 15 at their shop, Maria Garments. It may be shifted to an auditorium or hall if the number of people is high.

People are buying coupons worth Rs 1000 to earn 68 cents of land. The couple has made 3000 such coupons to sell. Though they received calls from people saying that they are willing to buy the entire plot for a fixed rate, they decided to go forward with the lucky draw.

Minister in Modi government work as a team, we call it development: Jaishankar ...