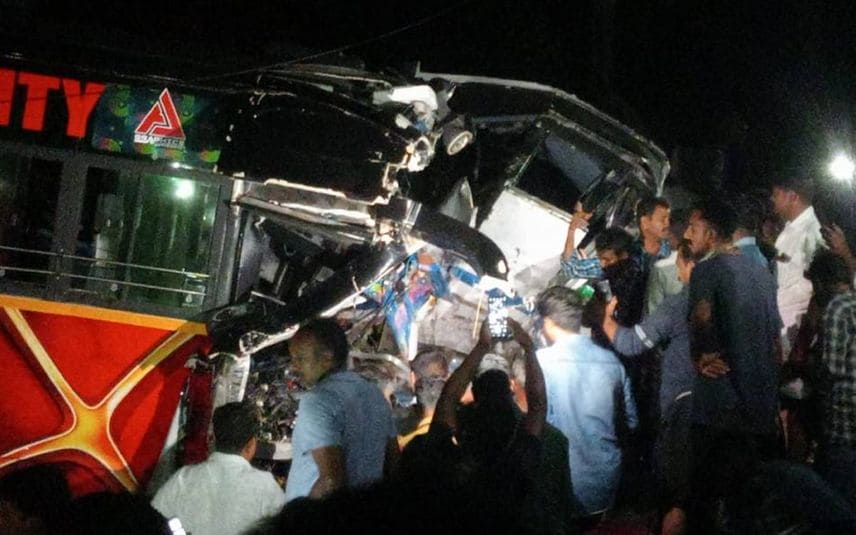 Kollam: At least 57 people were injured, including one in serious condition, when a tourist bus collided with a KSRTC bus in Kerala's Kollam district on Monday.

State Health Minister Veena George said 42 people, who were injured in the accident, have been admitted to Government Medical College Hospital, Thiruvananthapuram while 15 persons, who suffered minor injuries, are being treated at a hospital in Kadakkal.

Talking to reporters after visiting the Medical College Hospital, the minister said the condition of one injured person is serious.

The minister said the hospital authorities have been directed to provide good medical care to the injured persons.

A control room has been opened at the medical college for assisting the injured persons and their families.