Though they were not financially stable, her husband Gopakumar who is working as a carpenter supported her. Thus Jayashree joined for an evening course in Law Academy. 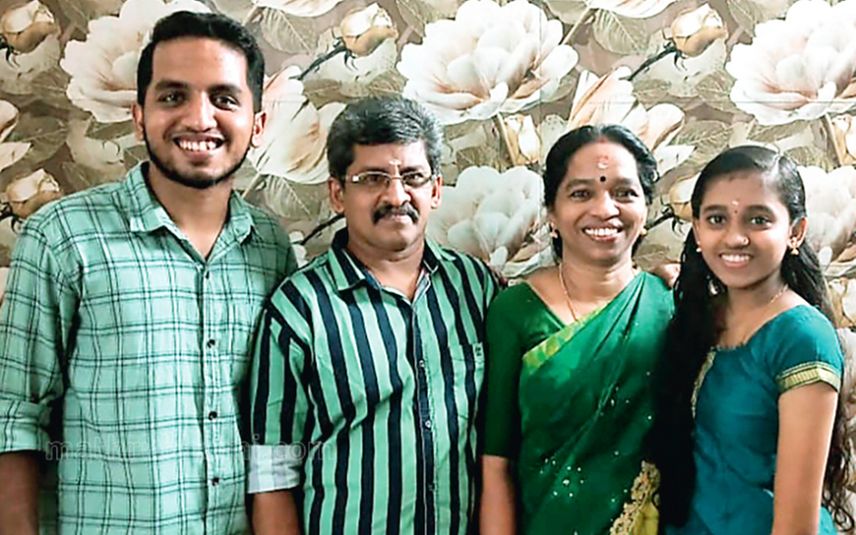 Kattakkada (Thiruvananthapuram): A 50-year-old woman who went to college with her children ended up securing third rank and outshone them. Kuttichal Pachakkadu native Jayashree, wife of Gopakumar, is going to enrol as lawyer. She had completed MA and Higher Diploma in Co-operation (HDC) before marriage. Now she also completed LLB after 25 years.

Jayashree’s son Gokul is studying hotel management at Lourdes Matha College in Kuttichal and daughter Gopika is studying BSc Physics in University College. When the children joined college, Jayashree told her husband and children that she also wants to join law college.

Though they were not financially stable, her husband Gopakumar who is working as a carpenter supported her. Thus Jayashree joined for an evening course in Law Academy. She said that her teachers and classmates helped her considering her difficulties including the travel from Kuttichal to Thiruvananthapuram. The locals and friends also provided help.

Jayashree graduated from Christian College in Kattakkada and post-graduation in Economics from University College. Later, she also completed HDC. After marriage, she passed typewriting and accounting tally hoping to get a job. As she runs tuition class, the locals call her Jayashree teacher.

The people in the neighbourhood came to know about Jayashree’s achievement after her friends in Law Academy visited her house to appreciate her. She is practicing under Adv R Vinod in Vanchiyoor court. She will enrol as lawyer on Saturday. MLA K S Sabarinathan and others had visited Jayashree to congratulate her.