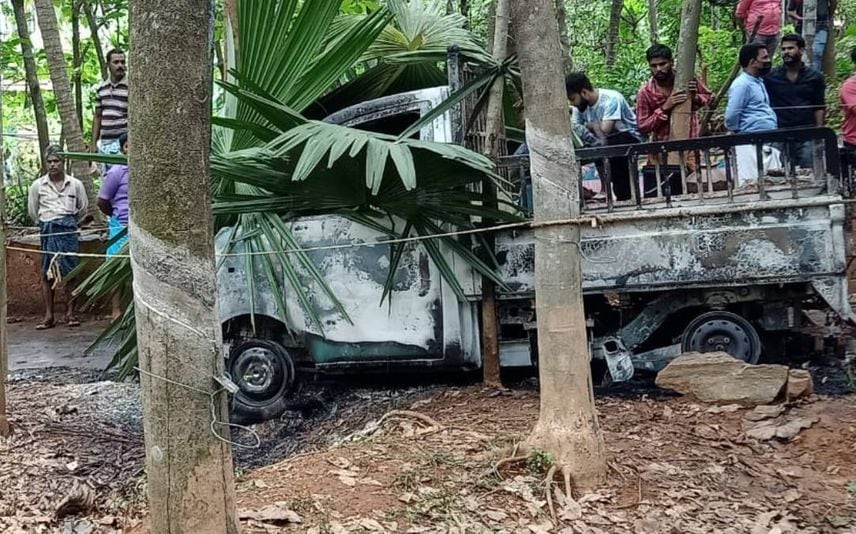 Perinthalmanna: Three people from a family were killed when a pick-up truck mysteriously caught fire in Malappuram on Thursday.

The deceased were identified as Muhammed, his wife Jasmin and their daughter Fathimath Safa. Shifana, their five-year-old daughter, was shifted to the hospital with serious burns.

It is suspected that Muhammed set the vehicle on fire after locking his family inside. The body of Mohammed was found in a nearby well. It is believed that he might have jumped into the well after suffering burns.

Jasmine and her daughter were declared dead upon arrival at the hospital.

It is suspected that the truck contained explosives and this led to an explosion.

It took almost 40 minutes to douse the fire.

Malappuram murder-suicide: Mohammed offered toffee for kids to board vehicle