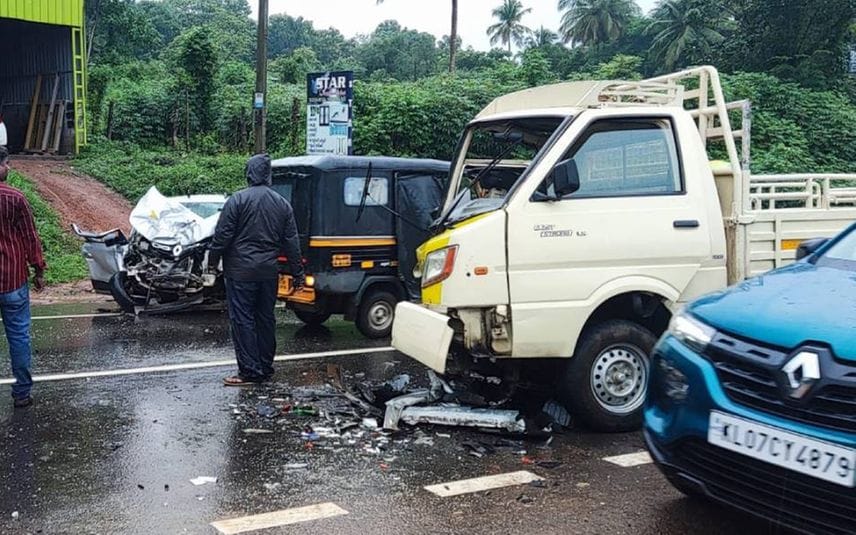 Palakkad: Two people were killed after a car and pick-up van collided head-on in Thachampara near Mannarkad on Thursday.

The deceased are identified as Shuhaib (28) and Surumi who were travelling in the car headed from Palakkad to Mannarkkad. The accident happened around 2.40 pm on Thursday.

Meanwhile, two injured people were shifted to the hospital for further treatment. Shuhaib and Surumi died on the spot.

Hanna (18), another passenger in the car, is currently undergoing treatment at a private hospital in Mannarkkad. Saeed (64), driver of the pick-up van who got injured in the accident is also hospitalised.