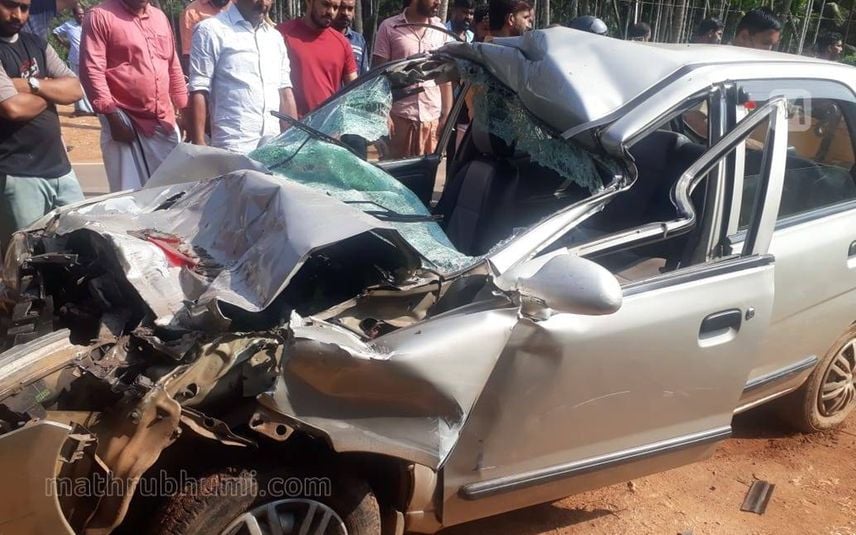 Perambra: Two persons died after a car rammed a pickup van in Kozhikode here on Sunday. The deceased was identfied as Sreeja (51) and her daughter Anjali (24).

The accident occured on Sunday morning after the car rammed onto a poultry van parked on the roadside. The family was heading to Meppayur from Perambra. The front of the car was completely damaged as a result of the accident.

The injured were soon rushed to the Perambra Taluk Hospital. However, the woman and her daughter was pronounced dead later.