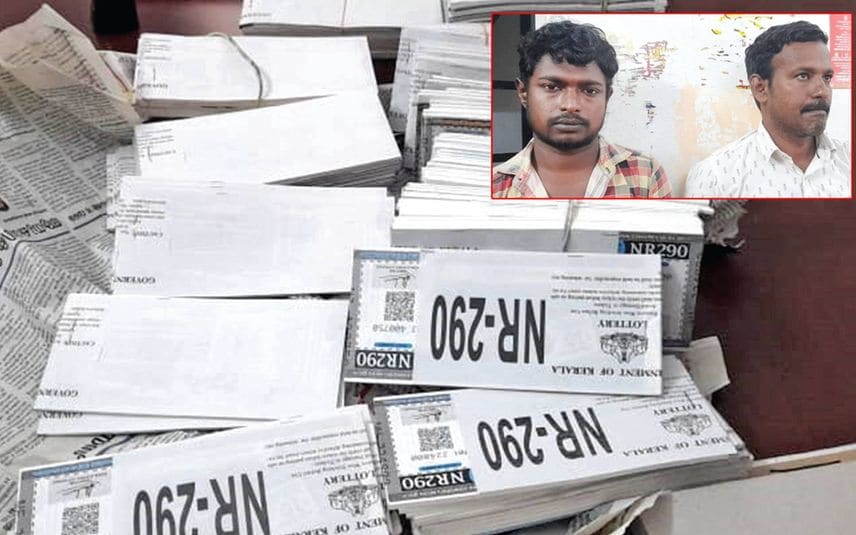 Thenamala: Police have nabbed two people for stealing lotteries worth Rs 1.36 lakh sent to a lottery agency in Aryankavu from distributors in Kozhencherry. The accused are identified as Sudhessh, a Poothottam native, and Sajimon, hailing from Marthandankara.

The incident happened on Tuesday night. A total of 4,200 lottery tickets which were transported in a KSRTC Bus to Bharani Lucky Centre were stolen by the accused after impersonating as an agent of the lottery agency.

Normally, a person from the agency receives the baggage when the bus arrives at Aryankavu. On Tuesday, a man received the lotteries from the bus staff. However, the agency later contacted the distributors in Kolencherry and informed them that they didn't receive the lotteries. Suspecting foul play, the incident was brought to the attention of the Thenmala police.

The draw of the stolen tickets was held on Thursday and Friday. The agency reported that some of the tickets won Rs 40,000 in the draw.