Gold ornaments worth 16 sovereigns stolen from wedding house in Kozhikode 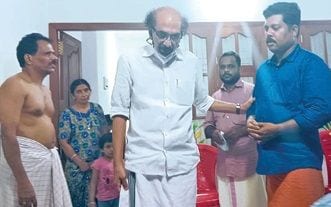 Kozhikode: Gold weighing 16 sovereigns was reportedly stolen from the house of Pavithran in Velam here. The incident happened on Friday, the day after the wedding of Pavithran’s younger daughter.

Police have initiated a probe. Dog squad and fingerprint experts inspected the house.

The MLA of the region, KP Kunhammed Kutty Master, panchayat members including president and vice president visited the place and gave moral support to the family battered by the unexpected and unfortunate event.

Locals in the region complained that thefts are becoming rampant. They say thieves are targeting houses where functions like house warming and marriages are happening.

The prime target is cash and gold ornaments. Meanwhile, cases of stealing areca nuts and rubber sheets have been reported.