It is for the 12th consecutive day that Kerala is recording over 100 new coronavirus cases. 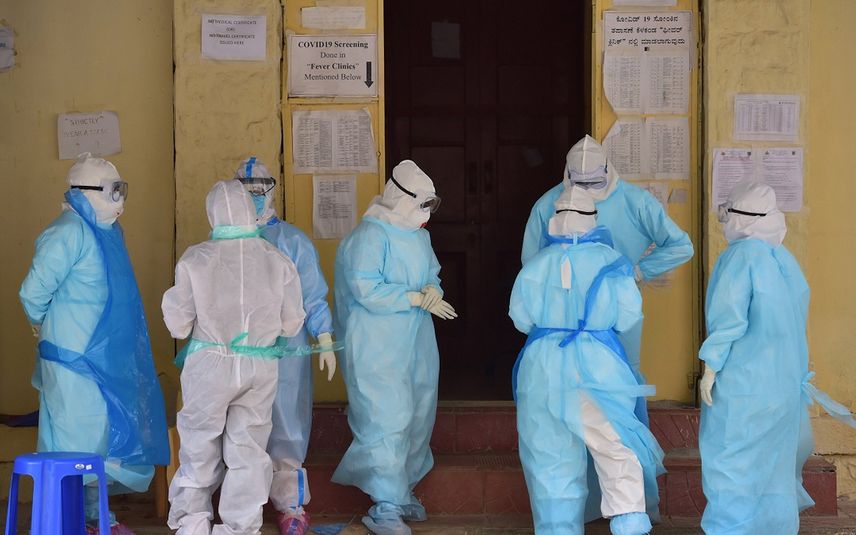 It is for the 12th consecutive day that Kerala is recording over 100 new coronavirus cases.

Kerala confirmed a coronavirus death on Tuesday after the test result of Thiruvananthapuram native Thankappan (76) who died on June 27, came out positive.

Out of the total number of positive cases, Malappuram has the highest with 32 followed by Kollam with 26. There are 17 new cases in Palakkad, 12 in Kollam, 10 in Ernakulam, 9 in Alappuzha, 8 in Kasaragod, 5 in Thiruvananthapuram (including 1 death), 4 each in Thrissur and Kozhikode, 3 in Kottayam and 1 in Pathanamthitta.

Out of the 131 cases, 65 came from abroad. This included 25 from Kuwait, 12 from UAE, 11 from Saudi Arabia, 6 each from Oman and Qatar and 1 each from Bahrain, Moldova, Africa, Ethiopia and Kazakhstan.

Meanwhile, 46 people came from other states. This included 13 from Tamil Nadu, 10 from Maharashtra, 5 each from Delhi and Uttar Pradesh, 4 from Karnataka, 2 each from Bihar and Rajasthan and 1 each from Haryana, Uttarakhand, Himachal Pradesh, Punjab and Arunachal Pradesh.

There are 2,112 active COVID cases in the state at present while 2,304 recovered from the virus. Currently 1,84,657 people are under observation in the state. Among them, 1,81,876 people are under home/institutional quarantine while 2,781 are in hospitals. 330 people were admitted to hospitals on Tuesday.

6,076 samples were tested in the last 24 hours. A total of 2,31,570 samples were sent for testing including routine, augmented, sentinel, pooled sentinel, CB NAT and TrueNat samples. The results of 3,872 samples are awaited. Also, 47,994 samples were collected as part of sentinel survey among frontline workers. Out of this, 46,346 cases tested negative.