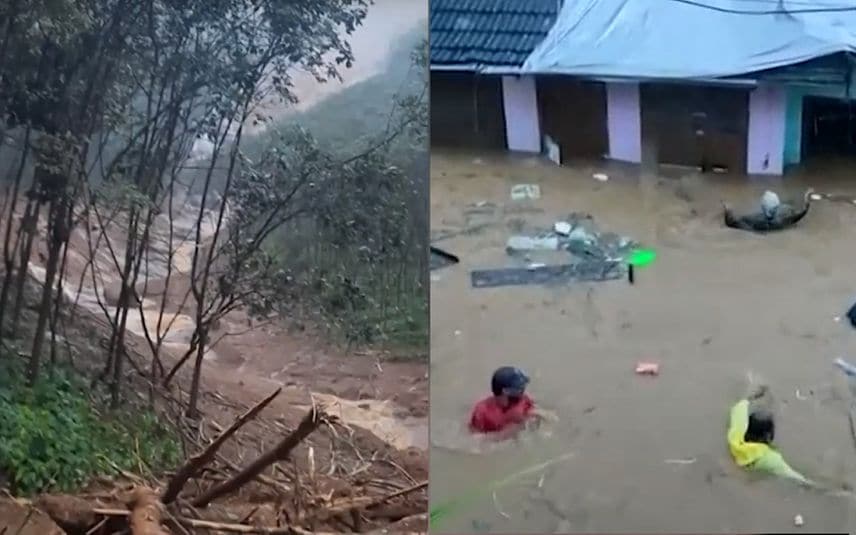 This comes after Binoy Viswam MP has written a letter to Prime Minister Narendra Modi on Saturday to draw his attention towards heavy rainfall across Kerala and urged him to assist the State Government's efforts by deploying NDRF at the earliest in order to safeguard the lives of the people.

Binoy Viswam, in a letter to Prime Minister Narendra Modi on Saturday, said that heavy rainfall is being witnessed across Kerala. "The situation is deteriorating rapidly due to the continuous rainfall and requires the utmost attention of all authorities at both the State and Central Government," it read.

As far as four people have died in landslides at Koottikkal in Kottayam and Kokkayar in Idukki districts as heavy rain is continuing in Kerala, with six districts put on red alert.

Considering the seriousness of the situation, the State Emergency Management Centre has been made more active and representatives from KSEB and Irrigation Departments have been deployed to assess the condition of the dams. All concerned department heads have been directed to be prepared to deal with any emergency.

As per the press release by IMD, Red alert is issued in Pathanamthitta, Kottayam, Ernakulam, Idukki, Thrissur districts. Whereas, Orange alert has been issued in Thiruvananthapuram, Kollam, Alapuzha, Palakkad, Malappuram, Kozhikode and Wayanad districts of the southern state.

The state government is closely monitoring the situation.
(ANI)