Son of Paravoor native Shaji and Prameela, Ameesh started selling papad after his father fell off a cycle and was bed ridden. 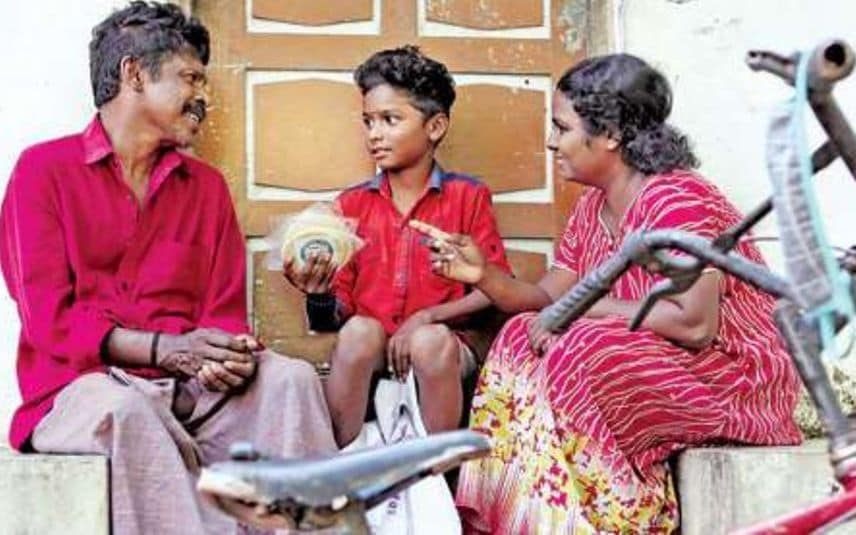 Kochi: As soon as his mother leaves home in the morning to where she works as a domestic help, 10-year-old Ameesh also sets out in his bicycle carrying the small bag which his elder sister Abhirami fills with packets of papad. The boy roams around in his cycle selling the papad and returns by noon.

Then Ameesh spends some time attending online classes. If he gets free time, he would go for papad sales again in the evening. When Ameesh was asked why he struggles so hard at this tender age, he replies, "My father needs a bed and we have to repay our debts."

"When I come back from work, my son would not be there in house. He would return by noon covered in sweat. I grew suspicious and asked him. It was then he revealed that he goes to sell papad. A neighbour gave him papad for selling," Prameela said. Ameesh started selling papad to buy a bed for his father. On knowing the boy's wish, some kind souls donated a bed.

With an innocent smile on his face, Ameesh said, "My mother has borrowed money from all our neighbours. When we go to shop to get things, the shopkeeper says that he wouldn't give us anything unless the debts are repaid. Why shouldn't I sell papad to repay all these debts?"

Shaji is heartbroken to see his little son struggling for the family. "I'm totally broken. I don't think I would be able to do manual labour for a living. It's heartbreaking to see my boy selling papad to make the ends meet," he said. Ameesh consoled his father saying, "Don't worry father. I will study well after selling papad." The boy has no plans to give up.