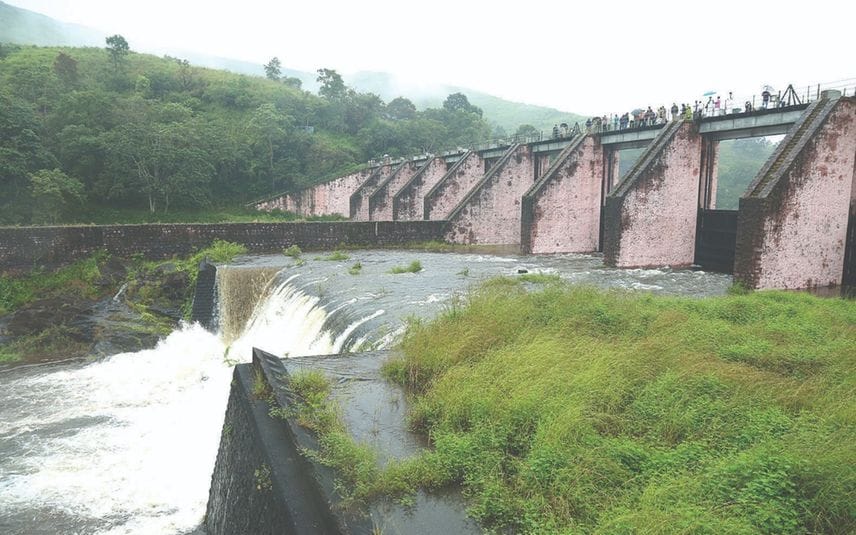 Idukki: A total of 10 shutters of the Mullperiyar dam opened here on Friday. Each shutter was raised by 30 cm.

In the wake of the dam opening, the district administration issued a warning to the people living on the banks of the Periyar river. The NDRF unit in Idukki was redeployed to Mullaperiyar. Revenue

Minister K Rajan said necessary steps and precautionary measures are taken to evacuate people from the river banks if needed.

The water level in the dam on Friday morning stood at 137.4 feet. Following this, the decision was made to raise three shutters by 0.30 meters. Tamil Nadu government later informed that three more shutters would be raised, thereby releasing 1068.00 cusecs of water.