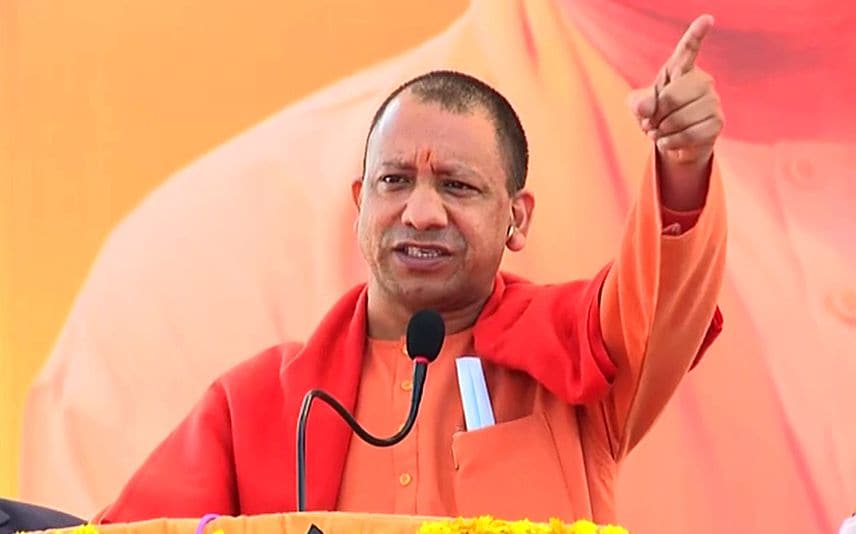 New Delhi: Bahujan Samaj Party National Spokesperson Sudhindra Bhadoria on Monday hit out at Uttar Pradesh Chief Minister Yogi Adityanath for his "elephant of Behenji" comment saying that it is against Dalit, backward and deprived sections of the society.

In an exclusive interview to ANI, Yogi Adityanath had said, "Behenji has pointed fingers at my (Gorakhpur) 'math'. I say this again and again. The ration being received by the poor today used to be consumed by the goons of SP earlier. The 'elephant' of Behenji (BSP chief Mayawati) has such a large stomach that everything is less for it."

Reacting to it, Bhadoria, while speaking with ANI, said, "It is very sad that the Chief Minister of Uttar Pradesh is commenting in this way about the Dalit, oppressed, deprived and poor people who have supported the country on their shoulder."

"The elephant symbol was given by Baba Saheb Bhimrao Ambedkar. Kanshiram gave strength to the exploited people and Mayawati ji gave them promotion," he added.

Further, Bhadoria alleged that the BJP has snatched the right of livelihood, while "Behenji (BSP chief Mayawati) continues giving strength to these sections."

Rejecting the claim of the Chief Minister regarding 'Thoko Raj' and improved law and order in the state, Bhadoria said that during the tenure of Yogi Adityanath and Samajwadi Party (SP) chief Akhilesh Yadav, crime was at its peak in the state.

"The tenure of Mayawati ji as a Chief Minister from 2007 to 2012 was the only period when rule of law prevailed in Uttar Pradesh. There was no injustice against the Dalits, exploited and deprived sections. The law was protected. If there was any injustice, the accused was sent behind the bars," he said.