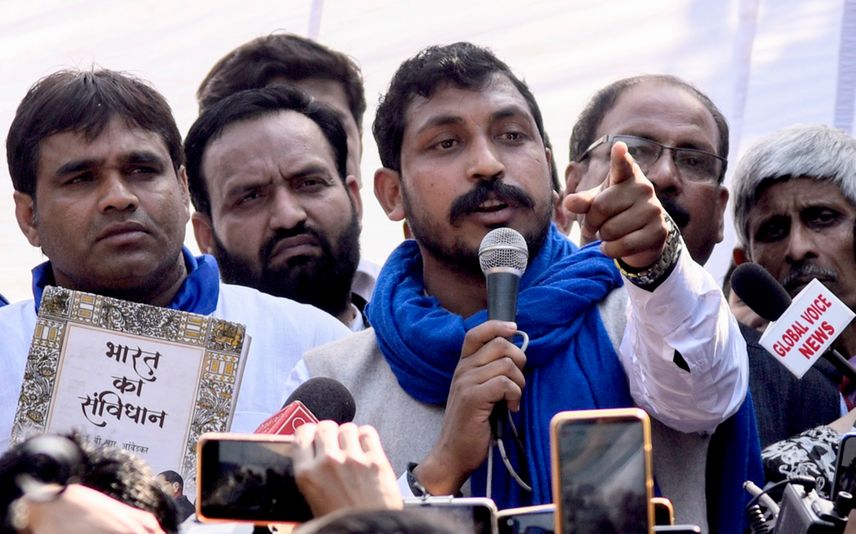 New Delhi: Azad Samaj Party chief and Dalit leader Chandrashekhar Azad on Friday said he and his supporters will gherao the residence of Prime Minister Narendra Modi here if the culprits of the Lakhimpur Kheri incident are not arrested within seven days.

The prime minister should talk to farmers, go to Lakhimpur Kheri and meet family members of slain farmers, he demanded.

"The prime minister tweets on every issue but he is yet to react on the killing of the farmers. The culprits are roaming free. We will gherao the PM's residence if the culprits are not arrested within seven days," Azad said at a press conference here.

The Dalit leader compared the Lakhimpur Kheri incident to the Jallianwala Bagh massacre, and asserted it will have huge repercussions in the Uttar Pradesh Assembly Elections next year.

Azad alleged there is no law and order in Uttar Pradesh and demanded that the CM tender his resignation.

He also supported the demand for a caste census, saying it will help ascertain the percentage of neglected sections of society.

Eight people were killed in the Lakhimpur Kheri violence on Sunday. Of the eight, four were farmers, who were allegedly knocked down by vehicles driven by BJP workers travelling to welcome Uttar Pradesh Deputy Chief Minister Keshav Prasad Maurya to an event in the area.

The other four were two BJP workers, a driver of Union Minister of State for Home Ajay Kumar Mishra and Raman Kashyap, a journalist working for a private television channel.

An FIR under section 302 of IPC (murder) has been registered against the Union minister's son, Ashish Mishra, and others in connection with the incident at the Tikonia police station but no arrest has been made so far. PTI

Detention of Indian sailors: Embassy to initiate negotiations with Nigerian ...