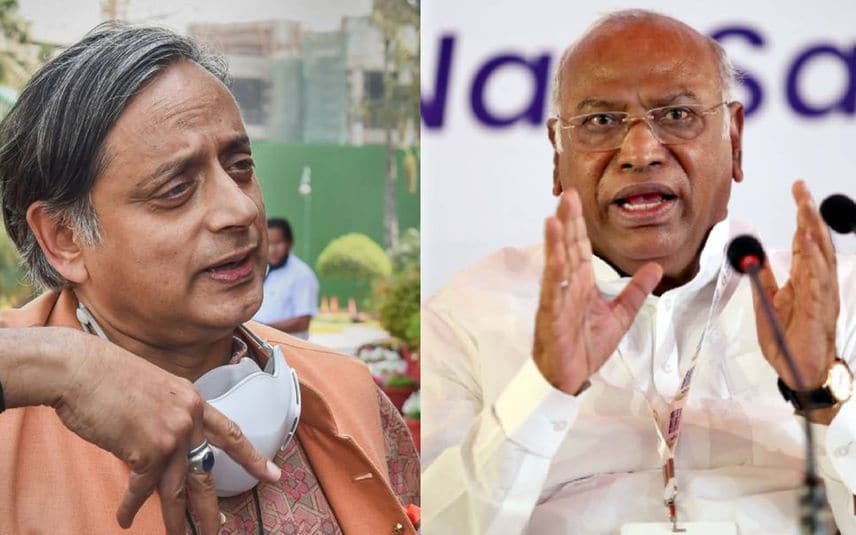 New Delhi: Congress leader Mallikarjun Kharge found fault with a statement of Shashi Tharoor and indirectly corrected the latter. “We will bring out reforms, not I,” said Kharge. A few days ago, Shashi Tharoor said that he will reform and re-energise the party if he wins Congress presidential polls.

Taking a dig at Tharoor, Kharge pointed out on the party's unity.

All 9,300 delegates will cast their votes together and a committee will be formed soon. The committee and the policy matters will be formed with the combined efforts and agreement of all, said Kharge.

As it is an internal affair, the party members will resolve issues together. It’s all about ‘we’, instead of ‘I’, scoffed Kharge.

The polling for the Congress presidential election will be held on October 17. The votes will be counted on October 19 and the results will be declared the same day.