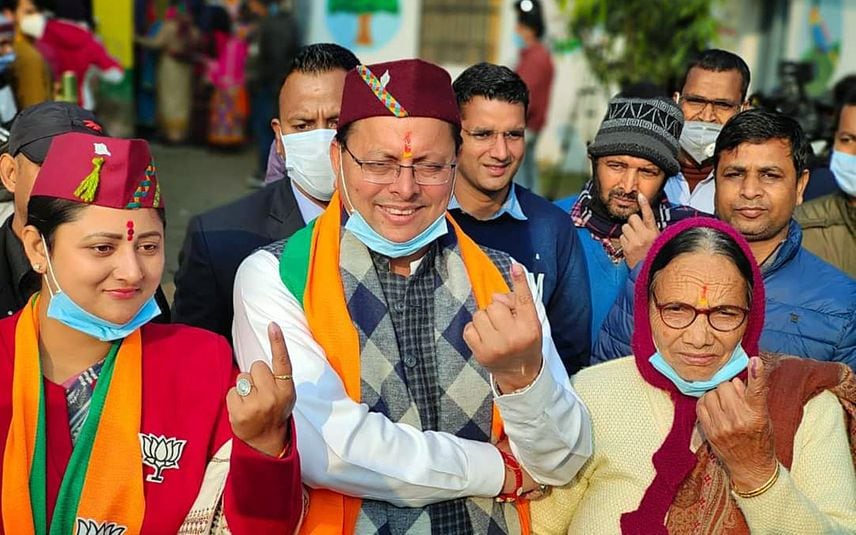 "People in Uttarakhand have created history by voting in huge numbers. I hope that the new government will work for a golden future of Uttarakhand," Dhami told ANI.

Uttarakhand records 62.5 per cent voter turnout in the Assembly elections.

Dhami contested for the third time from the Khatima Assembly seat.

The voting to 70 Assembly seats took place in a single phase on Monday. The counting of votes will be done on March 10.