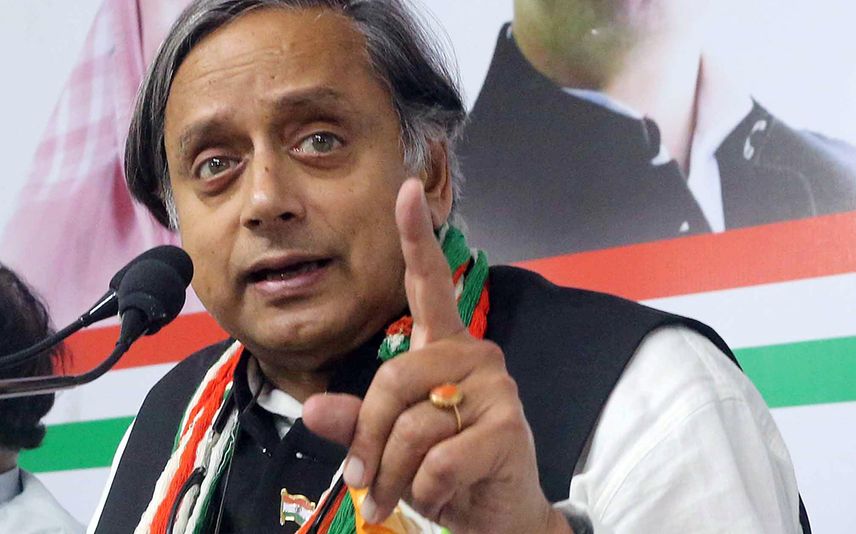 New Delhi: The campaign team of Congress leader Shashi Tharoor, who on Wednesday conceded defeat to Mallikarjun Kharge in the party presidential poll, had written to the party's chief election authority, flagging "extremely serious irregularities" in the conduct of the election in Uttar Pradesh, sources said.

Besides demanding that all votes from Uttar Pradesh be deemed invalid, Tharoor's campaign team had also raised "serious issues" in the conduct of the election in Punjab and Telangana.

In his letter to Central Election Authority chairman Madhusudan Mistry, Tharoor's chief election agent Salman Soz has said the facts are "damning" and the election process in Uttar Pradesh is "devoid of credibility and integrity", they said.

He said that after a detailed discussion with polling agents, Tharoor's team is constrained to report "disturbing facts".

After the letter came in public domain, Soz said on Twitter, "In light of complaints from our UP team yesterday, we wrote to @INCIndia's CEA immediately, a standard practice. Subsequent discussions with the CEA have assured us of a fair inquiry."

Tagging Soz's tweet, Tharoor said, "It was unfortunate that a strictly internal letter to the CEA was leaked to the media. I hope this clarification by Salman Soz ends an unnecessary controversy. This election was meant to strengthen @INCIndia, not to divide it. Let's move on."

Mistry at a press conference, where he announced that the MP from Kerala got 1,072 votes against Kharge's 7,897, also said about team Tharoor's letter and added that he will respond to it point by point.

He said the letter should not have been leaked to the press and Tharoor's team should have directly engaged with the poll authority.

Mistry said there was no basis for the contents in the letter.

Soz conveyed to Mistry that what has been witnessed in Uttar Pradesh is an open challenge to the authority of "your office" as well as contempt for the orders of the Congress president and the Congress Working Committee to hold free and fair elections.

"We would like to underline that we have no evidence that Kharge ji was aware of how his supporters were engaging in electoral malpractice in Uttar Pradesh. We are certain that if he was aware, he would never allow what happened in Uttar Pradesh," Soz said in his letter, according to sources.

"He (Kharge) would not allow the tainting of an election that is so important for the Indian National Congress," Soz was quoted as saying in the letter.

"We do not see how this election can be deemed free and fair if the tainted process of Uttar Pradesh is allowed to stand. We, therefore, demand that all votes from Uttar Pradesh be deemed invalid," the letter dated October 18 said, according to the sources.

Tharoor's team said it suspects "voter fraud" in this election, alleging that there were delegates who were not present in the Lucknow area on the day of voting and their votes were cast.

"When our agents complained about voter malpractice, supporters of the other side would come inside the polling booth and create a ruckus and start threatening our polling agents," Soz alleged, according to sources.

Noting that Tharoor did not contest this election to accept business as usual, Soz said his team is ready to fight for the integrity of this election.

"Winning or losing matters little given that both contestants are part of the same family. However, it matters greatly to our campaign, our volunteers, and our supporters, that we ensure that the Indian National Congress emerges stronger after this election," Soz said, according to sources.

"It can only do so if we are able to certify the integrity of this election," he added.

Team Tharoor said no election process can be perfect and it understands that.

It pointed out that it accepted the numerous violations of CEA guidelines by AICC and PCC (Pradesh Congress Committee) leaders.

"We kept quiet in the party's interest when we saw unjust and unfair treatment that prevented us from operating on a level playing field. We took it upon ourselves to protect the party's public image when so many of our colleagues were doing things contrary to the directions of the Congress president and the public statements of Rahul Gandhi ji," Soz was quoted as saying in the letter.

"However, this can no longer continue. It is not just our campaign's job to protect the party's image. Others will now have to step up and do their part. We will hold them accountable," he added.

Tharoor's team said it does not see how this election can be deemed free and fair if the "tainted" process of Uttar Pradesh is allowed to stand.

"We, therefore, demand that all votes from Uttar Pradesh be deemed invalid," the letter said.

In a separate letter to Mistry, Tharoor's team also raised serious issues in the conduct of the election in Punjab and Telangana.