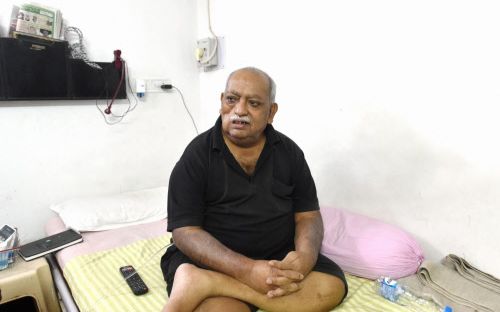 Madhya Pradesh: Police have registered an FIR against Urdu poet Munawwar Rana for allegedly hurting religious sentiments by comparing Maharshi Valmiki, who wrote the Ramayana, with the Taliban, an official said.

The case was registered against Rana in Guna on Monday following a complaint filed by Sunil Malviya, state secretary of the BJP's Scheduled Caste cell, and other members of the Valmiki community.

Talking to a channel, Rana had said, “Valmiki became a God after he wrote the Ramayana, before that he was a dacoit. A person's character can change. Similarly, the Taliban, for now, are terrorists, but people and characters change.”

Malviya alleged that Rana disrespected Maharshi Valmiki with his comments and hurt the feelings of the Valmiki community and Hindus.

"He compared Maharshi Valmiki with the Taliban and hurt the religious feelings of Hindus. So, we have filed a complaint against him,” he told reporters.

Guna Superintendent of Police Rajiv Mishra on Monday said, "A case was registered against Rana at the Kotwali police station. The case will be forwarded to the district concerned (Lucknow in Uttar Pradesh)."

The case was registered against Rana under IPC Section 505 (2) (statements conducing to public mischief) and was being forwarded to Hazratganj police station at Lucknow in UP, police said.