The clarification from the Union Minister comes after Congress alleged that the Centre is planning to bring back the three farm laws (that have now been repealed) with amendments after the assembly elections in five states. 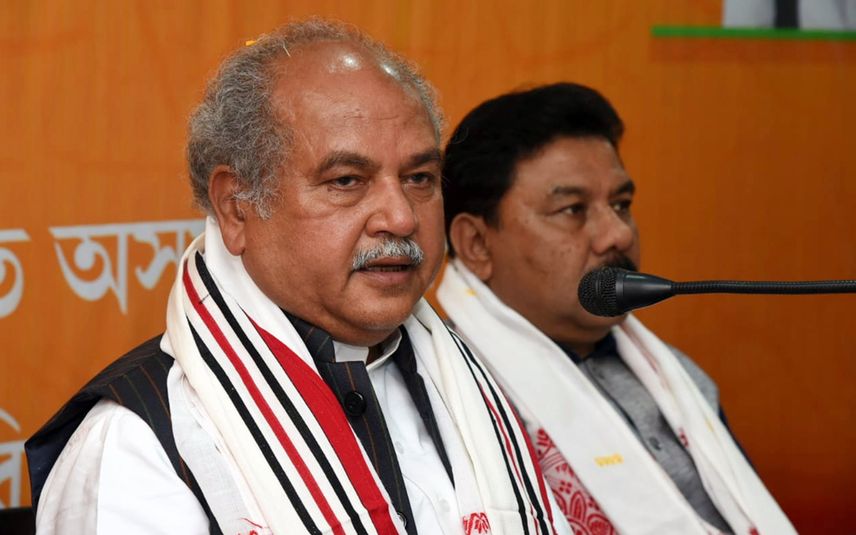 Gwalior: Union Agriculture Minister Narendra Singh Tomar on Saturday clarified that the Centre will not reintroduce farm laws in an amended form.

The clarification from the Union Minister comes after Congress alleged that the Centre is planning to bring back the three farm laws (that have now been repealed) with amendments after the assembly elections in five states.

"I did not say this," Tomar replied when asked about his statement at an event in Nagpur on Friday in which, while talking about the (now repealed) farm laws, he said the government has moved a "step back" and "will move forward again".

"I had said that the government had made good (farm) laws. We took them back due to some reasons. The government will continue to work for the welfare of the farmers," the minister said.

Earlier, Tomar, during the Nagpur event, had said: "We brought the farm laws. Some people did not like them but it was a big reform after 70 years after Independence which was moving ahead under the leadership of Narendra Modiji. But the government is not disappointed. We moved a step back and we will move forward again because farmers are India's backbone and if the backbone is strengthened, the country will become stronger."

Referring to Tomar's statement that the Centre 'will move forward again", Congress General Secretary Randeep Surjewala said, "Tomar's statement has once again exposed the Centre's conspiracy to bring back the three anti-farmer laws. It is clear that after the assembly elections in five states, the Central government is planning to bring back the three black laws in a new form and this they are doing under the pressure of capitalists."

The Congress leader said that Prime Minister Narendra Modi had apologized and repealed the three "black" laws in Parliament fearing defeat in the election of the five states.

The three farm laws were repealed after the requisite bills were passed during the winter session of Parliament which began on November 23.