Unilateral change of status quo along LAC is not acceptable: S Jaishankar to Chinese counterpart 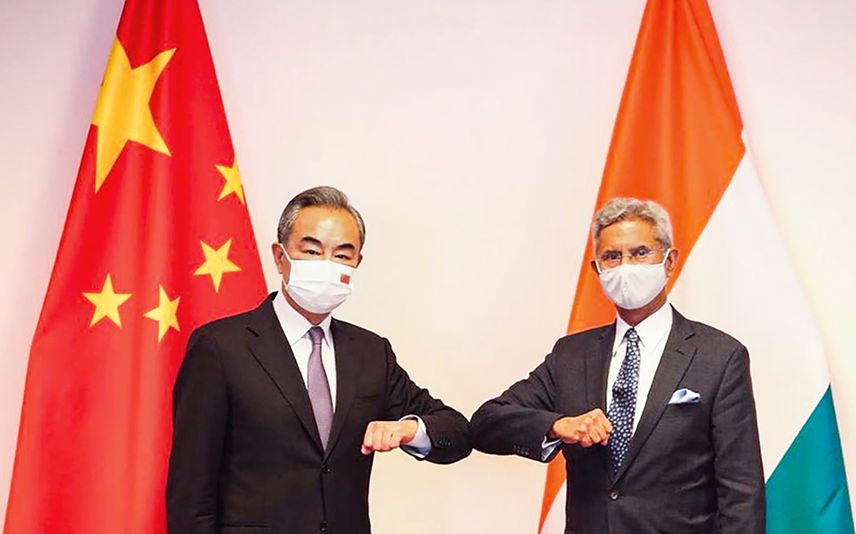 New Delhi: Any unilateral change in status quo along the Line of Actual Control was "not acceptable" to India, External Affairs Minister S Jaishankar told his Chinese counterpart Wang Yi on Wednesday, and emphasised the need to complete the disengagement, resolving the remaining issues in Eastern Ladakh at the earliest as prolongation of the existing situation was "visibly impacting the relationship in a negative manner".

During an hour-long meeting on the sidelines of a conclave of the Shanghai Cooperation Organisation (SCO) in Dushanbe, the two ministers agreed that the next round of military dialogue should be convened at the earliest and its focus should be on discussing all the remaining issues to find a mutually acceptable solution, according to the Ministry of External Affairs (MEA).

It said there was also an understanding that both sides will continue to ensure stability on the ground and that neither side will take any unilateral action that could increase tension.

During the talks, Jaishankar recalled that both sides had agreed that a prolongation of the existing situation was not in the interest of either side and that it was "visibly impacting the relationship in a negative manner", the MEA said.

Assessing the overall relationship, Jaishankar emphasised that maintenance of peace and tranquillity in the border areas has been the foundation for the development of ties since 1988.

"The attempts to change status quo last year that also disregarded commitments under the 1993 and 1996 agreements have inevitably affected ties. "He emphasized that it was, therefore, in mutual interest that the two sides work towards early resolution of the remaining issues along the LAC in eastern Ladakh while fully abiding by bilateral agreements and protocols," the MEA said in a statement.

In a series of tweets, Jaishankar said the discussions focused on the outstanding issues along the LAC in eastern Ladakh.

The MEA said that the two ministers had a detailed exchange of views on the current situation along the LAC in eastern Ladakh and also on other issues related to the overall India-China relations.

"Concluded a one-hour bilateral meeting with State Councilor and FM Wang Yi of China on the sidelines of Dushanbe SCO Foreign Ministers Meeting. Discussions focused on the outstanding issues along the LAC in the Western Sector," Jaishankar tweeted.

He said full restoration and maintenance of peace and tranquillity in border areas was essential for the development of the bilateral ties.

"Highlighted that unilateral change of status quo is not acceptable. Full restoration and maintenance of peace and tranquillity in border areas is essential for development of our ties," Jaishankar said.

It was the first in-person meeting between Jaishankar and Wang after their talks in Moscow on the sidelines of an SCO conclave in September last year.

In the Moscow talks, both sides reached a five-point agreement to resolve the border row. The pact included measures like quick disengagement of troops, avoiding action that could escalate tensions, adherence to all agreements and protocols on border management and steps to restore peace along the LAC.

"Recalling their last meeting in Moscow, in September 2020, the External Affairs Minister emphasized the need to follow through on the agreement reached then and complete the disengagement, resolving the remaining issues along the LAC in Eastern Ladakh at the earliest," the MEA said.

It said Jaishankar pointed out to Wang that the successful disengagement in the Pangong Lake Area earlier this year had created conditions for resolving the remaining issues.

"It was expected that the Chinese side would work with us towards this objective. The External Affairs Minister noted, however, that the situation in remaining areas is still unresolved," the MEA said.

India and China have been locked in a military standoff at multiple friction points in eastern Ladakh since early May last year.

The two sides completed the withdrawal of troops and weapons from the North and South banks of Pangong lake in February following a series of military and diplomatic talks.

The two sides are now engaged in talks to extend the disengagement process to the remaining friction points.

There was no visible forward movement in disengagement of troops in the remaining friction points as the Chinese side did not show flexibility in their approach on it at the 11th round of military talks.

Eastern Ladakh situation a work in progress: Jaishankar after talks with Wang Yi

Russia-Ukraine war: India has much at stake, says TP Sreenivasan