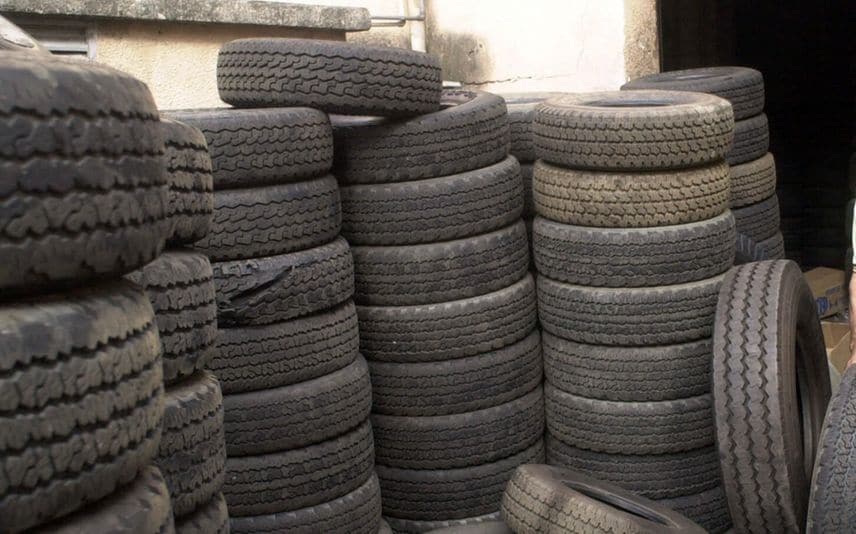 New Delhi: The Ministry of Environment, Forests and Climate Change on Wednesday shared the draft notification for regulations for the extended producer responsibility (EPR) for waste tyres that will, if finalised, be effective starting the new fiscal year.

As per data provided for an NGT case, India discards roughly 275,000 tyres each year but does not have comprehensive plan for them. Over and above it, about 3 million waste tyres are imported for recycling. The NGT had on September 19, 2019, in a case related to the absence of proper management of End-of-Life Tyres/Waste Tyres (ELTs), directed the Central Pollution Control Board (CPCB) to come up with a comprehensive waste management plan for the waste tyres and their recycling.

The waste tyres are recycled as reclaimed rubber, crumb rubber, crumb rubber modified bitumen (CRMB), recovered carbon black, and pyrolysis oil/char. As per media reports from 2019, the petitioner in the NGT case had said that pyrolysis industry in India produces inferior quality products that needed to be banned to prevent environmental damage and that the industry emits highly carcinogenic/cancer-causing pollutants, which are harmful to the respiratory system.

The producers and the recyclers of waste tyres would be covered under the EPR obligations. Registration would be compulsory, which would mean no entity - producer or recycler of waste tyre - can carry out any business without registration, according to the draft notification. This is an important development as much of the tyre waste recycling or burning happens in the unorganised sector in an unscientific manner.

'Extended Producer Responsibility' means responsibility of producer of tyres to ensure environmentally sound management of such waste tyres as per the provisions of this regulation, an official from the Ministry said, adding: "The term 'Environmentally sound management of waste tyre' means taking all steps required to ensure that waste tyre is managed in a manner, which shall protect health and environment against any adverse effects, which may result from such waste tyre."

The draft notification was issued on December 31 under relevant provisions of the Environment (Protection) Act, 1986 and the stakeholders and public have been asked to submit objections or suggestions before 60 days, after which it would be finalised.

Earlier, the Central Pollution Control Board (CPCB) had constituted a committee for 'Circular Economy in Tyre and Rubber Recycling Industry' to prepare a comprehensive action plan for transformational change for managing the waste tyres. The committee included the representatives of NITI Aayog, Department for Promotion of Industry and Internal Trade, Ministry of Commerce and Industry, CPCB, National Highway Authority of India Ltd, CSIR-National Environmental Engineering Research Institute (NEERI) among others. IANS