Sardana was an executive editor and TV news anchor with Aaj Tak of the India Today Group. 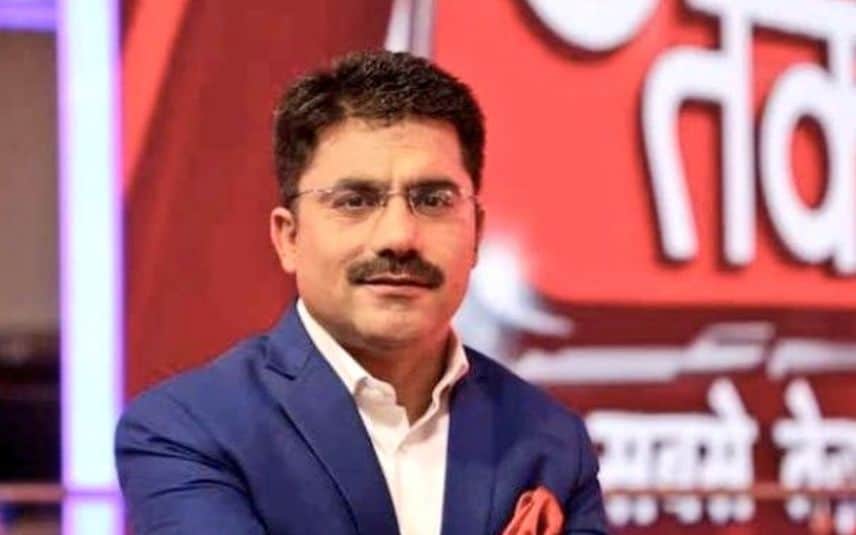 Noida: Television journalist Rohit Sardana died here of cardiac arrest on Friday, days after he tested positive for COVID-19, according to his channel Aaj Tak. He was 41.

Sardana, who was an executive editor and TV news anchor with Aaj Tak of the India Today Group, is survived by his wife, two daughters and parents.

He was admitted to a private hospital here after he tested positive for coronavirus. His last rites will take place in his hometown of Kurukshetra in Haryana, according to his colleagues.

"We are all shocked by the death of our colleague and friend, Rohit Sardana. This incomparable loss cannot be expressed in words. We express our condolences to his family in this hour of grief," Aaj Tak tweeted in Hindi.

A similar message was posted by India Today channel in English.

"The untimely loss of our dear colleague and friend Rohit Sardana has left us in shock. No words can explain the irreparable loss and void that he leaves behind. Let us join in silence to give strength to the family," India Today said in a tweet.

Condoling his death, Prime Minister Narendra Modi said, "Rohit Sardana left us too soon. Full of energy, passionate about India's progress and a kind hearted soul, Rohit will be missed by many people. His untimely demise has left a huge void in the media world. Condolences to his family, friends and admirers. Om Shanti."

News director of Aaj Tak and India Today Rahul Kanwal said his newsroom was in "deep shock" and remembered Sardana as a "sharp young anchor" who never "flinched from asking questions".

"Rohit Sardana was the sharpest young anchor I have met. Superb command over Hindi, brilliant with his turn of the phrase, precise questions, clear in his thinking, loved by the masses, warm and humble off the screen, he was destined for great things. Our newsroom is in deep shock," Kanwal tweeted.

"Rohit had greater conviction than most. For many, a right leaning world view is an acquired fad, a means of cultivating popularity. Rohit's views were deeply held & strongly articulated. But he wasn't an andh bhakt & never flinched from asking questions. That's why he was special," he said.