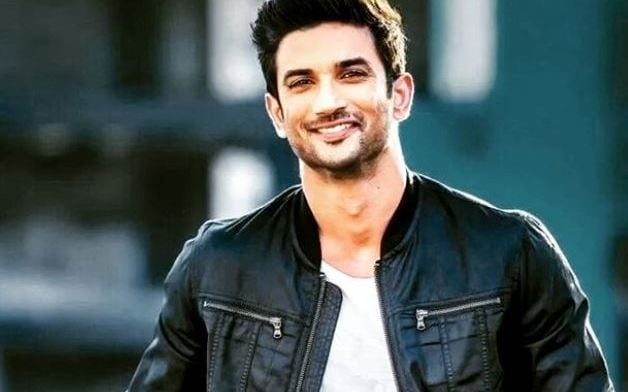 New Delhi: The Supreme Court Wednesday said the truth behind the death of “gifted and talented artist” Sushant Singh Rajput should come out, even as the Centre informed that it has accepted the recommendation of Bihar government for a CBI probe in the matter.

A bench of Justice Hrishikesh Roy directed Maharashtra, Bihar and Rajput's father Krishna Kishore Singh to file their replies within three days on a plea by Bollywood actress Rhea Chakraborty who is seeking transfer of an FIR, accusing her of abetting suicide of Rajput, from Patna to Mumbai.

The apex court, which posted the matter for hearing next week, also directed Mumbai Police to place before it the status report of the probe conducted so far in Rajput's death case.

Rajput, aged 34, was found hanging from the ceiling of his apartment in suburban Bandra in Mumbai on June 14 and since then Mumbai police has been probing the case keeping in mind various angles.

At the outset, Solicitor General Tushar Mehta, appearing for the Centre, told the court that the Bihar government's recommendation has been accepted and the case has been transferred to the CBI.

“Let the Maharashta government respond to the plea of Rhea Chakraborty and so far as the death of the artist is concerned, that truth should come out,” the bench said during the hearing conducted through video-conferencing.

“A gifted and talented artist has passed away in this case,” the bench observed, adding that the fundamental issue raised before it is the jurisdiction as to which police would probe it.

During the hearing, senior advocate Vikas Singh, appearing for Rajput's father, said he has no difficulty if the apex court examines the case but no protective order should be passed in favour of Chakraborty.

Singh alleged that Maharashtra Police is “destroying the evidence” in the case and for the time being, they should be directed to cooperate with Bihar Police in the ongoing probe.

Senior advocate R Basant, appearing for Maharashtra, told the bench that Patna Police has no jurisdiction to either lodge an FIR or investigate the matter and this has been made a “political case”.

“The incident of quarantining a police officer (of Bihar) has not sent a good message,” the bench observed, adding that the Mumbai Police has “good professional reputation”.

“Kindly ensure that everything is done in accordance with law,” the bench said.

The Maharashtra government told the bench, “We are doing quite a professional job” and it is inappropriate that Mumbai Police is being accused like this.

Senior advocate Shyam Divan, appearing for Chakraborty, told the bench that no coercive action be taken against her till the pendency of the matter.

“We want all parties to hold their hands. Lawyers are here and I am sure they have all heard you", the bench observed.

Bihar Chief Minister Nitish Kumar had on Tuesday recommended CBI probe to the Centre in the sensational case at the request of Rajput's father.

Maharashtra has been opposed to transferring the probe to CBI.

Rhea, who had once allegedly tweeted to the Union Home Minister seeking CBI probe into the matter, had on Tuesday opposed the Bihar government's move through her lawyer Satish Maneshinde by saying that the decision has “no legal sanctity”.

On July 25, Rajput's father had lodged an FIR at Rajiv Nagar police station in Patna against Chakraborty and six others, including her family members, accusing them of abetting the actor's suicide.

In her plea filed in the apex court, Chakraborty has alleged that Rajput's father has used his “influence” in roping her in FIR lodged at Patna in Bihar accusing her of abetment of suicide of his son.

The actress has said in her plea that she was in a live-in relationship with Rajput and has been in deep trauma due the death of the actor and moreover getting rape and death threats.

“It is pertinent to mention that the deceased and petitioner were in live-in relationship since a year up till June 8, 2020 when the petitioner had temporarily shifted to her own residence in Mumbai,” she has said in her plea.

Chakraborty has also said, “Deceased (Rajput) was suffering from depression for some time and was also on anti-depressants and he committed suicide on the morning of June 14, 2020 at his Bandra residence by hanging himself.”

She has said in her plea that it becomes abundantly clear that the commencement of investigation in Patna is erroneous in absence of any cause of action having arisen at Patna.

The entire cause of action as alleged in the FIR had arisen at Bandra in Mumbai, her plea has said.

NCB to file charge sheet in Sushant case against 33, including Rhea