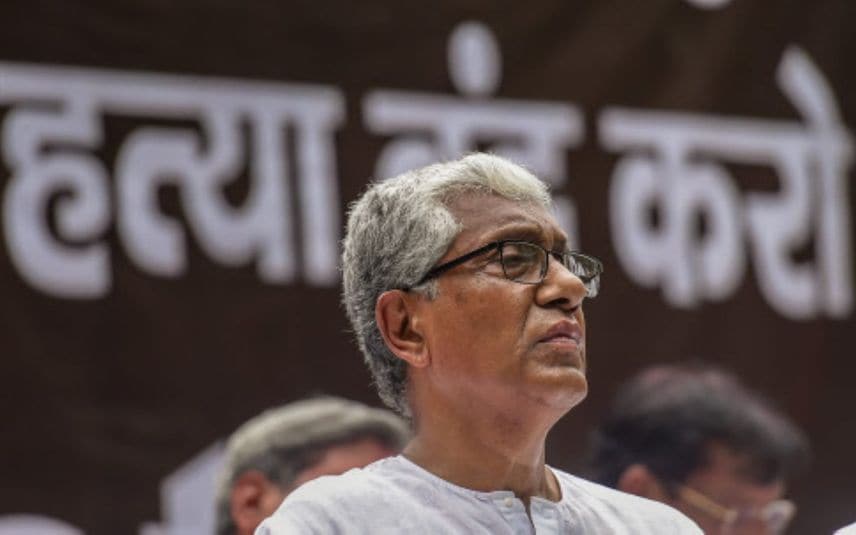 Agartala (Tripura): Former Tripura BJP MLAs Sudip Roy Barman and Asish Saha who recently joined Congress on Saturday hinted towards a possible pre-poll alliance of the grand-old party with the Left and other political parties in order to dislodge the ruling BJP government in the state.

Addressing his maiden public meeting as a Congress leader after the switchover, Barman said, "No political party is untouchable for us. I am inviting all to join hands with Congress to restore the democratic culture of the state. The attempts being made to stifle the voice of dissent have to be retaliated and I am urging all the political parties of the state not to act cowardly this time."

Barman, calling the shots, exhorted the Congress workers to organize and lead Tripura towards prosperity.

The former health minister in Biplab Kumar Deb's cabinet lambasted the ruling government saying that the people of Tripura had been befooled by the BJP.

Explaining the reasons behind his joining the BJP earlier, Barman said, "We do politics for the sake of the public. When we sensed the Left might retain power, if we do not shake hands with the BJP, we took the toughest decision of our life. But, after coming to power, this government took no steps to fulfill its promises. The promises made in the vision document are hollow. Not a single issue has been addressed."

He called upon the Congress workers not to bow down their heads in front of any political intimidation or violence rather organize and protect those who are at the receiving end of the violence.

"I would like to urge all Congress workers to protect the people of your locality. Political affiliation must not be a reason to differentiate. If a CPIM supporter is under attack in your locality, go and protect him. In response, I also want the CPIM supporters to come forward and help Congress workers. All political parties have every right to organize and express their views. TIPRA Motha in the ADC areas should also take a similar stance," he added.

According to Barman, the state government has miserably failed in all the parameters.

"Be it law and order or the growing drug abuse in the state, this government has failed on every front. The call of drug-free Tripura fell flat. A section of powerful ruling party leaders is involved in the drug nexus. Police have been made powerless. I want to assure Tripura police and TSR personnel who are facing all sorts of political pressure, days of this government are numbered and it can sustain in power barley for one more year," said Barman.

Recounting his stint as a health minister, Barman claimed that he was dropped for his relentless efforts to bring a change in the health sector.

"For 14 months, I served as the health minister of the state. Despite having many obstacles, I tried hard to work for the people and for the development of the health department. It was my dream to provide each and every kind of treatment to people. But when I started working for a good reason and to help people, they removed me as a minister," Barman said.

"I was offered ministerial berths twice later but I humbly refused. I did not choose the path of compromise," he added.

Former ministers Sudip Roy Barman and Asish Saha had resigned from BJP and their MLA posts in Tripura Assembly on Monday. Burman was removed from the post of minister due to anti-party activities. (ANI)