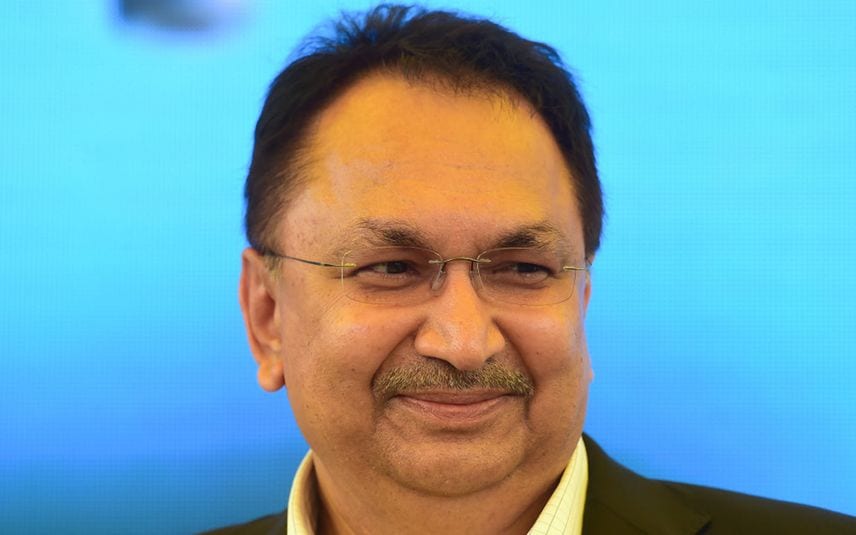 Last respects can be paid to him at the Hebbal Crematorium, Bengaluru, at 1 pm on Wednesday it added.

Kirloskar suffered a cardiac arrest on Tuesday morning and was immediately rushed to a private hospital, where he passed away.

A mechanical engineer from the Massachusetts Institute of Technology, Vikram Kirloskar played a key role in establishing the joint venture between the Japanese auto major Toyota Motor Company and the Kirloskar Group.

The joint venture– Toyota Kirloskar Motor -- became operational in 1997 and now rolls out models like Fortuner and Urban Cruiser Hyryder from its Bidadi –based manufacturing facility.

The plant has an installed capacity to roll out 3.10 lakh units per annum.

In a statement, SIAM President Vinod Aggarwal said the entire auto industry is shocked and deeply saddened at the tragic demise of Kirloskar.

Kirloskar had been Chairing the SIAM Passenger Vehicle CEOs Council, he noted.

"He contributed immensely to the growth of the Indian auto industry and emphasised on the need for making India a robust auto manufacturing hub. He has always been passionate for all round development of the industry and aligning them with the national goals for the good of the economy, environment sustainability and the society,” Aggarwal said.

CII President Sanjiv Bajaj termed Kirloskar's demise a huge personal loss for him as well as the industry body.

"A giant of Indian industry, he impressed all with his commitment and dedication to always making it a force for the good. As President of CII and at other times, he led many impactful initiatives across manufacturing competitiveness, internationalisation and green economy,” he stated.

Kirloskar leaves an immense void in the firmament of industry in India, Bajaj said.

“It is difficult to believe that he has left us suddenly. Vikram ji was a tall statesman who'll always be remembered for steering the transformation of the auto industry in India,” he tweeted.

His efforts have tremendously helped Bharat to move towards cleaner and greener fuels, he noted.

Karnataka Chief Minister Basavaraj S Bommai said: “Heartfelt condolences on the sad & untimely demise of one of the stalwarts of India's automotive industry, Vice Chairperson of Toyota Kirloskar Motor, Shri Vikram Kirloskar. May his soul rest in peace. May God grant the family & friends the strength to bear this loss.”

“He had world class vision to bring the best to India. A clear mind and a great heart. We also worked together at CII leadership. We are with you, Geetanjali and Manasi,” he said.

Kiran Mazumdar-Shaw, the Executive Chairperson of Bengaluru-headquartered biopharmaceuticals company Biocon, said, "Devastated with Vikram's shocking demise. He was such a dear friend who I will hugely miss. I share the pain and unconsolable grief of Gitanjali Manasi n the family."

Kirloskar was CII President in 2019-20. He was still associated with the industry body in various capacities.