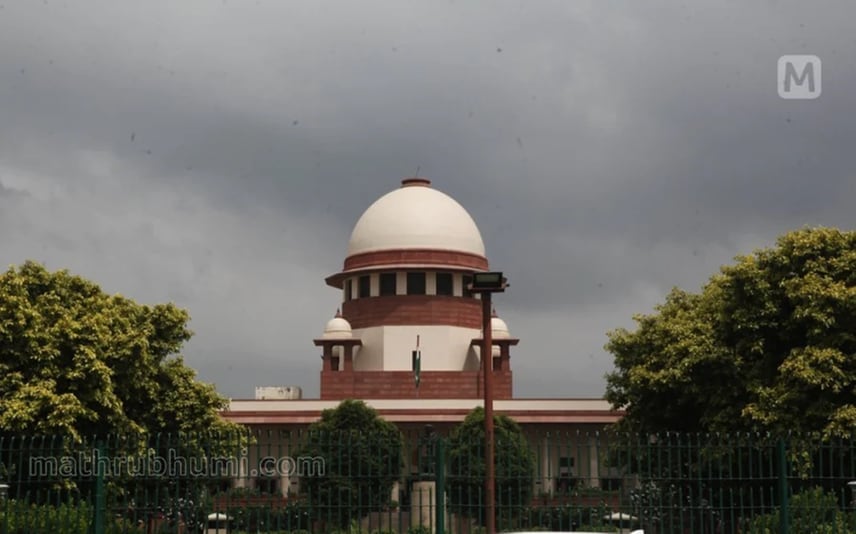 New Delhi: The Supreme Court on Thursday said it will be too far-fetched to say that the government cannot deny renewal of broadcast licence on the ground of security clearance.

A bench of justices DY Chandrachud and Hima Kohli, which reserved its verdict on pleas of Malayalam news channel 'MediaOne', its editors and others, said there cannot be a blanket order to the effect that the government cannot look into security clearance during renewal of broadcast licences of a news channel.

The Supreme Court was hearing the plea of the news channel against the Kerala High Court's order which had upheld the Centre's decision to ban its telecast on security grounds.

The top court also perused the confidential document of the Ministry of Home Affairs (MHA) which was also perused by the high court.

It asked senior advocate Huzefa Ahmadi, appearing for the editor of the channel, that the court would like to know about the share holding pattern of the company and how its revenue share is divided.

During the hearing, Ahmadi said denial of security clearance should not be treated as an isolated instance and it can have wide ramifications.

"There are several national channels, which require renewal of their broadcast licence. If this is allowed to pass the muster, then they can also be targeted. If they do not supply us the documents and grounds on which basis they denied us the security clearance, how are we going to defend ourselves. How can be reply to show cause notices?" Ahmadi said.

On Wednesday, the top court had asked the Centre what the reasons were for denial of security clearance to Malayalam news channel 'MediaOne' and why those reasons cannot be disclosed to them

The essence of court proceedings was that anything relied upon by one party should be disclosed to the opposite party, the top court said.

It had told Additional Solicitor General K M Nataraj, appearing for the Centre, that even in cases of detention under the National Security Act, the authority has to give grounds of detention but in this case, it was only said that the MHA has denied security clearance.

The channel had earlier said security clearance from the Centre was not needed for renewal of broadcast licence and the government does not have omnibus discretion to impose any new condition.

The top court had on March 15 in an interim order stayed until further directions the January 31 directive of the Centre revoking the licence of the news channel and banning its telecast on security grounds.

It had said the news and current affairs channel would continue its operations as it was operating prior to the ban of telecast.

It had left the question open on whether the content of files on the basis of which the ban order was passed be given to the channel to enable it to defend itself.

The high court had upheld the Centre's decision to bar telecast of the Malayalam news channel and dismissed the plea of Madhyamam Broadcasting Ltd -- which operates MediaOne -- challenging the central government's January 31 decision.

It had said the decision of the MHA to deny security clearance was based on intelligence inputs received from various agencies.

The channel had contended that MHA clearance was only required at the time for fresh permission/licence and not at the time of renewal.

It had also contended that according to the uplinking and downlinking guidelines, security clearance was only required at the time of application for fresh permission and not at the time of renewal of licence. PTI