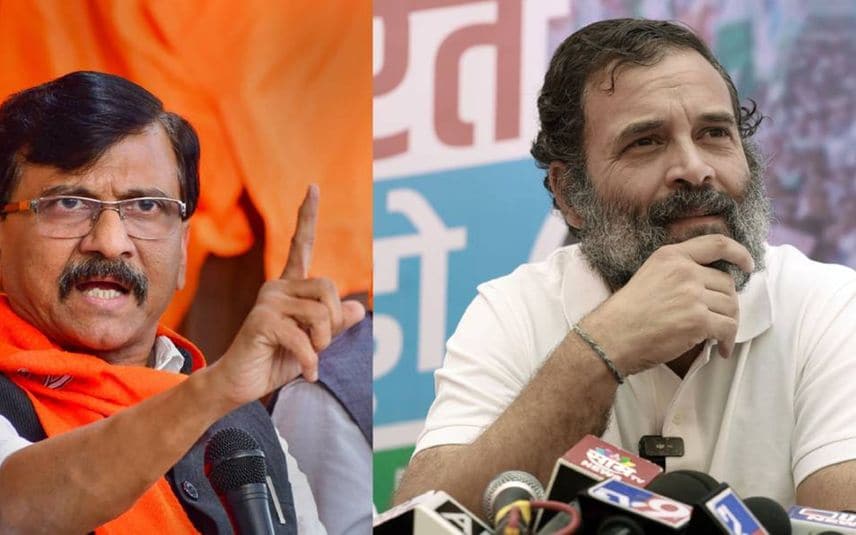 Responding to Rahul's remark against Veer Savarkar on Thursday, claiming that the saffron ideologue took pension from the British rulers in lieu of working against the country and had pleaded with the Raj to be pardoned, Raut said the statement might result in a rift in the MVA, which comprises the Congress and the Nationalist Congress Party (NCP), apart from the Uddhav-Sena.

"We consider Veer Savarkar as a reverential figure," Raut said.

Addressing a press conference in Maharashtra on the sidelines on his ongoing 'Bhaat Jodo Yatra', on Thursday, Rahul, reading from a letter purportedly written by Savarkar to the British, claimed the saffron ideologue betrayed leaders such as Mahatma Gandhi, Jawaharlal Nehru and Sardar Vallabhhai Patel by signing on a letter of apology to the British before independence.

"Veer Savarkar wrote to the British saying, 'Sir, I beg to remain your most obedient servant', and signed on it. Savarkar helped the British. He betrayed leaders like Mahatma Gandhi, Jawaharlal Nehru and Sardar Patel by signing this letter out of fear."

The remark had drawn outrage from the BJP, with the party's national spokeperson Sambit Patra claiming that the statement was consistent with the Congress' habitual insult of national icons such as Subhas Chandra Bose and Sardar Patel.

Labelling Rahul's statement as 'deplorable', the BJP leader demanded that he tender an unconditional apology.

Hitting back at Rahul on Friday, Raut said, "The country is heading towards dictatorship and there's inflation, unemployment and atrocities on women. The 'Bharat Jodo Yatra' is meant to highlight all these issues. The maxiumum support to the Yatra has been received from Maharashtra. So, there was no need to raise the topic of Veer Savarkar. Even Congress leaders in Maharashtra don't appreciate it (Rahul's remarks on Savarkar)."

Rahul's remarks on Thursday drew a huge backlash, with a complaint being registered against Rahul at Thane Nagar police station.

The complaint stated that the sentiments of the local citizens had been hurt by Gandhi's remarks. A case of Non-Cognizable Offense was registered against the Congress MP under IPC sections 500 and 501. (ANI)