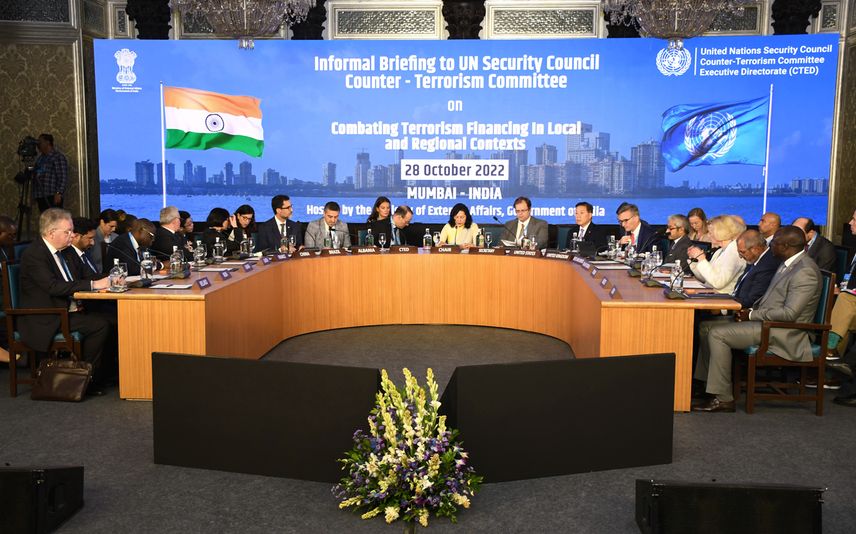 Making a presentation at a special meeting of the UNSC panel, which India is hosting, Rizvi, however, did not name Pakistan at any point.

But he noted that after the chances of Pakistan getting delisted from the grey list increased, terrorist activities too increased.

Jammu and Kashmir recorded five attacks on `hard targets' -- well-defended places like government offices, military and police camps -- in 2014, eight attacks in 2015 and 15 in 2016. The number fell to eight in 2017 and declined further to three in 2018, Rizvi said.

In 2019, there was a “very big aberration” in the form of the Pulwama attack while in 2020, no hard target was attacked, the official said.

In 2021, the attacks on hard targets started increasing and the trend continues in 2022, he said.

Counter-terrorism operations with detailed intelligence, the Balakot air strike which “pushed the entire terrorist infrastructure to the side”, and reading down of Article 370 for Kashmir reduced tendencies of secessionism, the official said.

“These four reasons were the reasons for decline. However, a large portion of the credit goes to the designations and FATF,” he said.

In 2021, when the chances of (Pakistan's) de-listing increased, there was a return of "cross-border terrorist infrastructure and attacks on Indian targets," Rizvi said.

In mid-2018 there were 600 terrorist bases across the border but the number went down 75 per cent during the FATF listing, he said.

“This, we think, is one of the most important successes....the counter-terrorism committee should take a deeper look at how effective the designations are,” he said.

The FATF is an inter-governmental body established in 1989 to combat money laundering, terror financing and other related threats to the integrity of the international financial system.

After four years, Pakistan has been taken off the grey list of FATF. The decision was taken by the FATF in its plenary held in Paris on October 20-21.

Rizvi also said that two-three years ago, the flow of foreign terrorists into Kashmir was small, but now 60-70 per cent of terrorists are foreigners.

Attacks on soft targets (such as migrant workers, religious minorities) have resumed which is a precursor to attacks on hard targets, Rizvi said.

The use of drones to ferry Improvised Explosive Devices, small arms and drugs like heroin to finance the terrorist network is also on the rise, the official noted.